Wimbledon champ Rybakina: ‘I didn’t enjoy it – I was too stressed!’ Kazakhstan’s Elena Rybakina described her Wimbledon triumph as a “fairy-tale” and says it has given her belief she can go on to win more Grand Slam titles.

Wimbledon champion Elena Rybakina says that the last two weeks have been an incredible journey and she just wants to enjoy the moment of winning a slam.

Wimbledon champion Elena Rybakina says that the last two weeks have been an incredible journey and she just wants to enjoy the moment of winning a slam.

Elena Rybakina raised the bar for subdued, self-admitted ‘what to do?’ celebrations as she afforded herself little more than a modest smile and wave to the crowd upon defeating Ons Jabeur in the Wimbledon women’s final on Saturday.

The 23-year-old was rampant in reply to dropping the first set with consistent answers to the Tunisian’s drop-shot mastery, offering evidence of her own net precision to accompany the fierce groundstrokes and serve along with the composure to quash three break points at a decisive stage in the third.

It culminated in a 3-6 6-2 6-2 victory in her first appearance at a Grand Slam final, after which Rybakina admitted outbursts of emotion were not in her nature.

That being said, she could not promise there would be no tears later that night, and struggled to fight them off during her post-match press conference.

“I didn’t know what to do. It was shocking. I don’t know, maybe because I believe that I can do it deep inside. But same time it’s, like, too many emotions. I was just trying to keep myself calm.

“But, yeah, I don’t know. Maybe one day you will see a huge reaction from me, but unfortunately not today (smiling).” 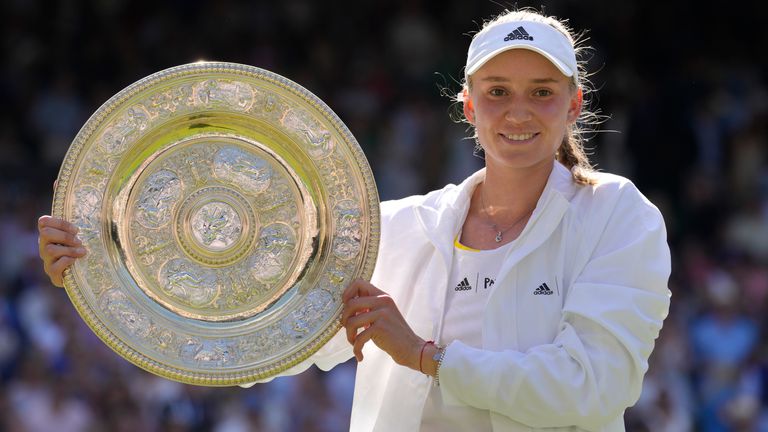 “I can’t believe still. Maybe one day, in few days, I sit down and I realise what I did. But for now I’m super proud of myself. Of course of my team and everybody who worked with me.”

Elena Rybakina on her Wimbledon triumph

Rybakina had cut a nervous figure in the early exchanges of the final, struggling to have much of a say with one of the WTA Tour’s most dangerous serves and proving guilty of far too many unforced errors.

Jabeur was a contributing factor as the world No 2, who had risen from No 3 earlier this week, showcased her returning talents while doing her utmost to drag her opponent forward.

It was a contrasting story in the second half of the contest as Rybakina found joy from the baseline and began to take control while Jabeur’s early spark eluded her. Regardless, it was no more enjoyable for the eventual winner.

“Not going to lie. Today I was too stressed out,” she said. “I think I didn’t enjoy it as much as I should maybe. I enjoyed the semi-final more. I don’t know why. I played also very well that match.

“I think that I’m going to enjoy for sure maybe tomorrow, maybe when everything, like, is going to be calm. I’m going to be around my close friends, family. For sure this, I’m going to remember all the memories on this day for sure. But, yeah, for now, it was stressful.” 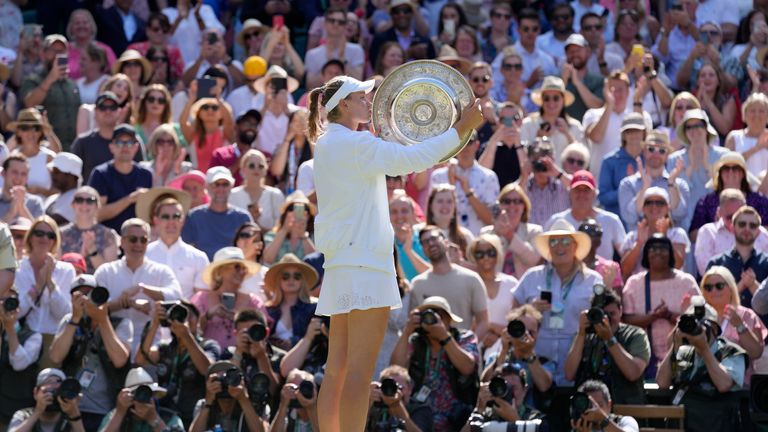 “It’s a fairy tale. It’s difficult to describe now how I feel. But for sure I’m going to remember these two weeks, especially today, forever. I mean, it’s just something I will never forget.”

Elena Rybakina on her Wimbledon triumph

Her nerves were put to the ultimate test in the third when she survived three break points to overcome a 0-40 deficit while serving to go 4-2, moving the finishing line in sight.

Between the search for Serena Williams-like Grand Slam dominance and the retirement of a candidate in Ash Barty, the floor remains open for somebody to take control of the women’s scene.

Still in the early stages of her career, Rybakina believes her milestone win can inspire further major success in the coming years.

“Maybe I proved that not always you have to have a great team from the young age because I didn’t till age of 17, 18,” she said of what the victory proved. “So I think this is the most important thing, that everybody, no matter their financial situation, no matter who they are, they can play and achieve many great results.

“And to myself that I can actually win a Grand Slam, believe more in myself, and maybe I can win more Grand Slams. Who knows? But for sure that’s the goal, and that’s what I’m going to work for.”

Jabeur: I’ll ‘for sure’ win a Grand Slam

The wait for a first major crown goes on for Jabeur, who had been vying to become the first woman of African or Arab descent to win a Grand Slam.

A Tour-high 84 wins across the 2021 and 2022 seasons leaves good reason to believe another chance will come.

“Definitely positive about it (her time at Wimbledon,” she said. “I’m very glad with my results. I don’t regret anything. I gave it all today. A final, I lose so many at the beginning, then step back and win one more.

“I don’t disbelieve in myself and I know that I’m going to come back and win a Grand Slam, for sure. This is tennis, and it’s part of it. I have to learn from it, definitely. But I’m very, very positive about it.” “Always happy. Like Bob Marley said, Don’t worry, be happy. I really gave it all these two weeks. It’s been amazing. A lot of great memories here with the crowd, with you guys. It’s really amazing. I will leave happy, with a smile, big smile always.”

Jabeur has emerged as one of the most popular names in the sport with her efforts to lead the way for other African and Arab women.

She used the opportunity afterwards to thank her fans for their support during the tournament.

“I just try to inspire as many generations as I can. It’s very nice to play this final. I really cannot wait for more finals for me. I hope they’re not really disappointed, but I’ll try my best next time.” 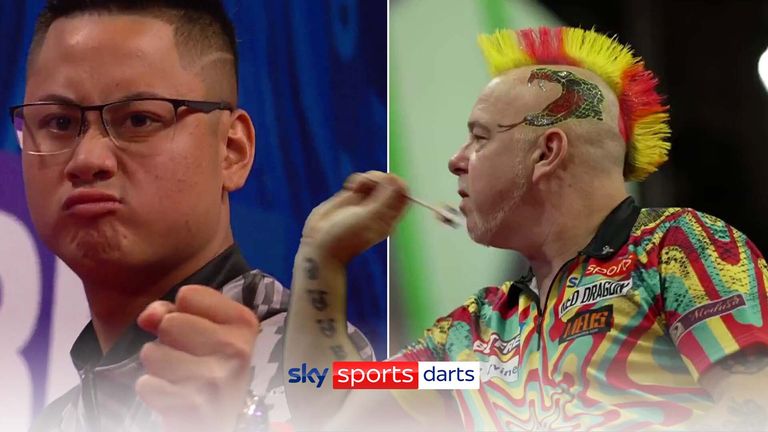 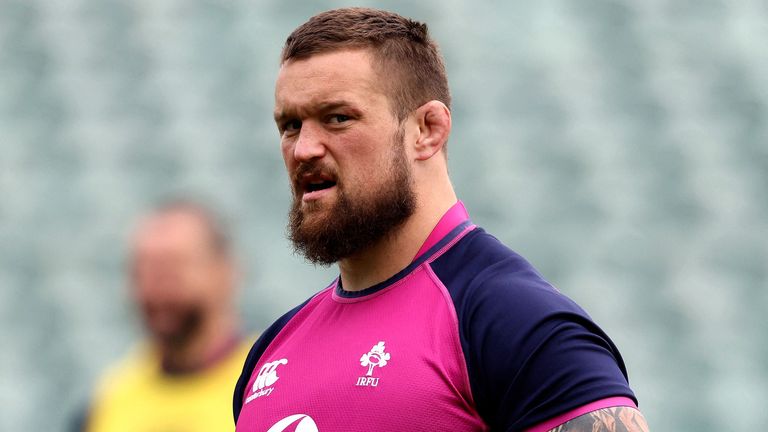