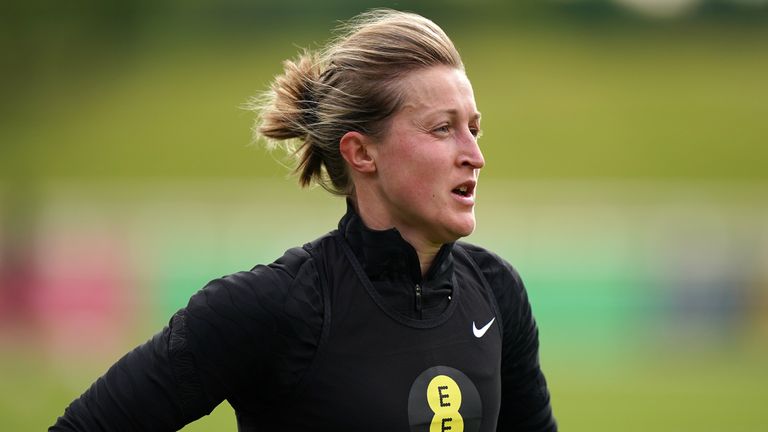 England had Ellen White back in training on Wednesday ahead of their final Euros warm-up match against Switzerland.

The Manchester City striker has subsequently made the trip to Switzerland, who England play in Zurich on Thursday before opening the home Euros by taking on Austria at Old Trafford next Wednesday.

And speaking at a press conference, boss Sarina Wiegman said: “She’s good. It took a while, so we’re glad she’s back, she’s very happy too.

“She’ll start on the pitch today and hopefully we can build her up again and get her ready for the Euros.

“Maybe one or two days she took it easy, and then she could train by herself, she got a programme. She’s in shape.”

Former England international Laura Bassett believes other attacking players may be given a chance, with Ellen White testing positive for Covid and subsequently missing Friday’s friendly against Netherlands.

Asked if White would be able to play on Thursday, Wiegman said: “I don’t know yet. Let’s first start and see how she is on the training pitch and start up. She hasn’t been in training for a week now, so we don’t take any risks.”

Full-back Lucy Bronze did not take part in training due to illness, with Wiegman saying: “Lucy doesn’t feel too well today, hopefully she’ll recover quickly. It’s not Covid, because we did some testing and she’s negative.”

The Switzerland contest will be England’s third warm-up fixture, having beaten Belgium 3-0 at Molineux and last week thumped the Netherlands, who Wiegman guided to Euro 2017 glory.

The Dutchwoman said: “There has been some research from other tournaments that when you go away and come back, that helps.

“I think in this situation we’re in, we’ve been at St George’s Park for a while, very good pitch, we were treated very well, but then it’s good to get in another environment, come here, get some freshness, have a good game tomorrow and then come back and get really ready and into the atmosphere of the Euros.

“I think we’re in a very good place, and we just have to show good football and do our best. We know we can make an impact in England, we can give England’s football a big boost, and that is what we really want to do.”

In the Netherlands match England came from behind to win, with four of their goals coming in a second half that saw substitutes make a significant impact and skipper Leah Williamson back in defence after starting the game in midfield.

“You see that we’re still building, although it gets close to the Euros,” Wiegman said.

“We have so many options in this team, because the depth in the squad is good.

“I thought in this last game that she (Williamson) felt a little uncomfortable in midfield and felt more comfortable at the back.

“We’ll see how that goes. We have those options, and it’s OK – for her club (Arsenal), she plays at the back a lot, and I think she’s a very good midfielder too. We have many options in the defensive line as well as midfield.”

She added: “We’re now coming into a stage where we have to perform. During the year we had time to develop. Now we have to find out the team that’s going to start, and the options we have when we want to change, and it’s about performing and not trying out things any more.”

Meanwhile, the Football Association has announced England’s World Cup qualifier against Luxembourg on September 6 is to take place at Stoke’s bet365 Stadium.

Brighton manager Hope Powell believes that Sarina Wiegman has picked a talented squad for Euro 2022, despite not including Steph Houghton.

“The rest of the squad arrived in Basel on Monday but the good news is that after two negative tests, Ellen White joined up with the squad last night.

“She hasn’t shown any symptoms so she’s been able to do a little bit of training in the garden. That said, Sarina Weigman has said there is no way they will risk her with a week to go until the start of the tournament.

“The not so good news is that Lucy Bronze has missed training due to feeling under the weather. It’s unlikely she will feature in the Switzerland game.

“Despite that big victory over the Netherlands, current European champions, Sarina Weigman was quite unhappy with the first-half performance.

“She made changes to personnel and the way they were playing. One of the changes concerned Liam Williamson, who plays as a central defender for Arsenal but plays much further forward for England.

“It’s clear Sarina has wanted to get her squad away from St George’s Park where they’ve been in camp for around four weeks to these surroundings. It refreshes the mind and body getting out to a different environment, which they’ve not been able to do for a couple of years due to Covid.

“When they get back to England, the players will know that the tournament is just around the corner and it will be time to deliver.”

Ellen White: From the playground to the Euros

As the Women’s Euros draws nearer, the Lionesses are looking to make an international impact on their own turf. But before that, one of England Women’s iconic players, Ellen White, met up with Sky Sports’ Sue Smith at her old stomping ground, William Harding Primary School, in Aylesbury.

Before she became England Women’s record goal-scorer – which she achieved on her 101st cap against Latvia earlier this season – the Manchester City star was ready to break boundaries and social stereotypes to be the player she is today.

As White started her career she was faced with criticism along the way. Even with the support of her team-mates and family, not many were used to the idea of a female star in football.

“When I was a little bit younger and in the boys’ team, I remember a lot of the parents would be like, ‘Is that a girl on the team? What’s happening?'” White stated.

“When you get a bit older in our skill set, the pressure of winning and wanting to do well makes coaches not pick you and I think it comes with the nature of the sport.”

But while negative comments and a few games on the bench were no match for White’s love of the game, at the age of 16, the aspiring England hopeful was dealt a devastating blow.

“I was hoping to go to Loughborough Academy when I was 16,” White said. “That’s when I was told I would never play for England because I wasn’t good enough. I didn’t know what to do.

“That’s when I changed schools. I went to a completely different sixth form, changed clubs from Arsenal to Chelsea and I completely went out of my comfort zone. I just tried something different – which I think helped me!”

England head coach Sarina Wiegman explains why she no longer has time to experiment with her England squad and that now is the time for her side to perform.

Now the Lionesses are in full Euro 2022 mode, with their preparation games all completed ahead of their opening group game with Austria at Old Trafford on July 6.

They then face Norway at the Amex Stadium on July 11 and Northern Ireland at St Mary’s on July 15.

England striker Beth Mead believes that missing out on the Tokyo 2020 Olympics GB team makes her selection for the England Euro 2022 team even more special! 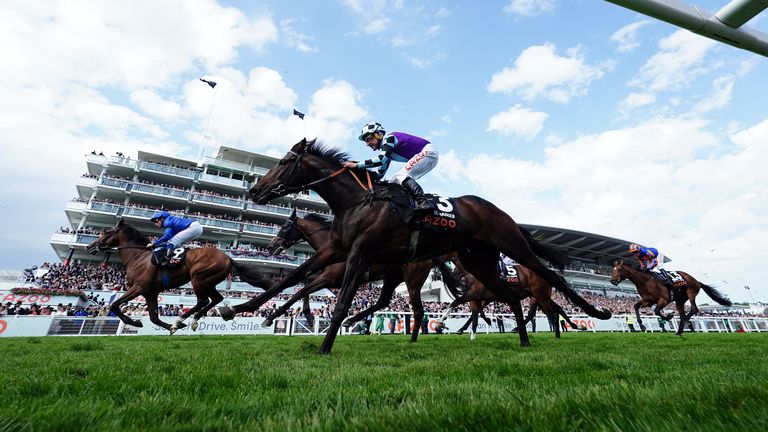 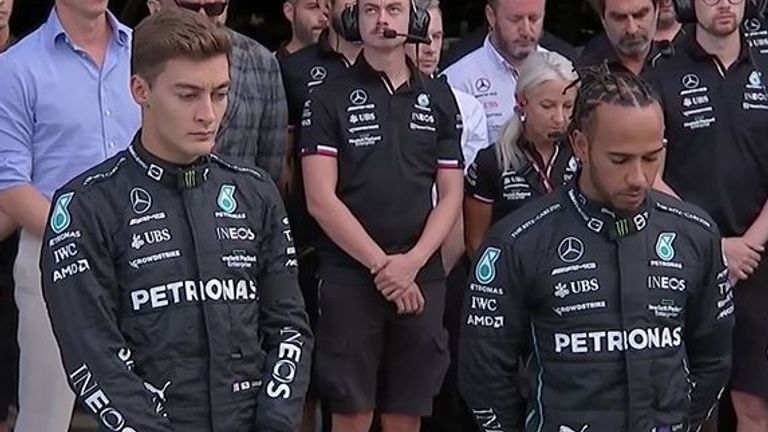