Highlights of the first Test as Australia face England in Perth

Highlights of the first Test as Australia face England in Perth

A trio of final-quarter tries saw 14-man Australia claim a 30-28 win over England and a 1-0 series lead against the odds in the first Test in Perth, after the hosts lost second-row Darcy Swain to a 34th-minute red card.

Tries by replacements Jordan Petaia, Folau Fainga’a and Pete Samu capped a remarkable turnaround for a hugely-disrupted Wallabies side, who also suffered a number of early injuries.

A tight contest saw England 6-3 up at the time of the most significant moment in the match, as Kiwi referee James Doleman sent Swain off for a headbutt on Jonny Hill, after the England lock had pulled the hair of the Australia player.

Hill was sin-binned for his role in sparking the incident, but the loss of Swain for the remainder of the match gave the Wallabies a handicap from which they looked likely to lose from.

An Ellis Genge try early in the second half, plus the boot of Owen Farrell, put England 14-9 ahead and seemingly on course for victory, but that was until Petaia’s intervention with 15 minutes to go, and 22-year-old Noah Lolesio’s superb conversion.

England No 8 Billy Vunipola was then shown a yellow card for a high tackle on Wallabies skipper Michael Hooper, before hooker Fainga’a dived over, and back-row Samu later forced his way over too to secure victory.

The hosts also lost starting fly-half Quade Cooper minutes from kick-off due to a lower-leg injury, and lacked fluency in attack for much of the game as Lolesio struggled for large parts, but head coach Dave Rennie will be delighted to pick up a most unlikely win, and Australia’s first over England since 2015.

No 8 Billy Vunipola and scrum-half Danny Care returned to start for England after prolonged absences. Owen Farrell and Marcus Smith were paired together. Courtney Lawes retained the captaincy from blindside flanker despite Farrell’s return.

Australia lost starting fly-half Quade Cooper minutes from kick off due to a leg injury, and was replaced by Noah Lolesio. Tighthead Taniela Tupou was absent through injury. The experienced Michael Hooper captained the side from the back-row.

England hit the front in the seventh minute as Farrell struck over a penalty after superb breakdown work by flanker Tom Curry, jackalling deep in the Wallabies half to earn the decision.

Wallabies loosehead Angus Bell quelled England’s next attack with a breakdown penalty of his own, but the visitors’ lead was doubled on 22 minutes when Farrell struck over. Lolesio got the Wallabies onto the scoreboard after the pack forced a scrum penalty, but Farrell should have put England 9-3 ahead with his third penalty but poorly struck wide.

Alaalatoa had suffered a head knock before that incident and had to depart, meaning Australia had been forced into three changes by the 26th minute after Cooper, Tom Banks – the full-back suffering a broken arm after a terrible landing going up for a restart – and Alaalatoa suffered injuries.

A Bell linebreak and offload to No 8 Rob Valetini almost had the hosts in for a try soon after, and though England were penalised for offside and Australia looked set to level things up off the tee, the TMO soon called the referee’s attention to an earlier incident.

At a previous Wallabies maul, Hill was guilty of pulling Swain back by the hair, and it was an incident which incensed the latter to such an extent that he pulled Hill’s hair back in retaliation before pushing and, crucially, headbutting the England player.

Replays left 31-year-old referee Doleman little option but to sin-bin Hill for his actions in instigating the incident, and to red card Swain for the aggressive action of a headbutt.

It left the sides to play out the remainder of the first half as 14 vs 14, during which Australia levelled the contest at 6-6 via the boot of Lolesio.

The second half began with the Wallabies hitting the front in the 43rd minute after Lolesio split the uprights with his third penalty, but back-to-back penalties against Australia at ruck and maul put England five metres from the try-line, and off a peeled lineout maul, Genge powered his way over for the opening try.

Farrell missed the conversion from out wide to leave the lead a two-point one, but the momentum was on the tourists’ side as they gained territory and another five-metre lineout drive soon after. A desperate Wallabies defence on top of their own line kept England out, before Hooper produced a sensational breakdown steal – a defensive action which was to prove critical.

Past the hour mark, Farrell stretched the lead out to 14-9 after a nervous Lolesio spilled a high ball and England – perhaps with the jackal threat of Hooper in mind – chose to kick for points rather than go for the corner again.

Within minutes, Hooper, Len Ikitau and Andrew Kellaway combined to set Petaia free down the right wing to finish past Danny Care, and Lolesio held his nerve to convert for the lead. 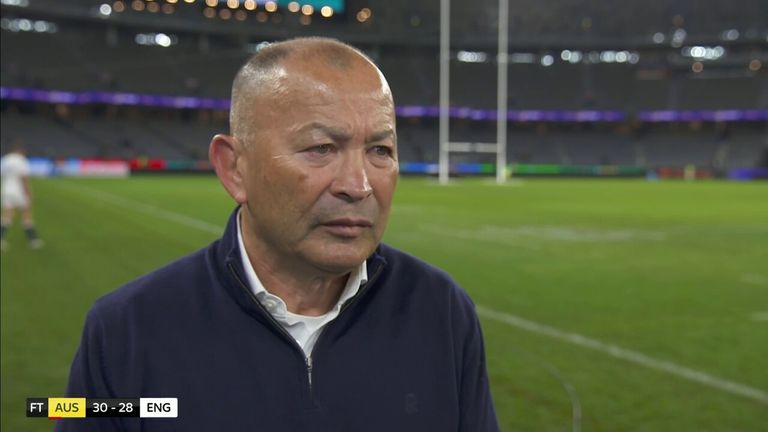 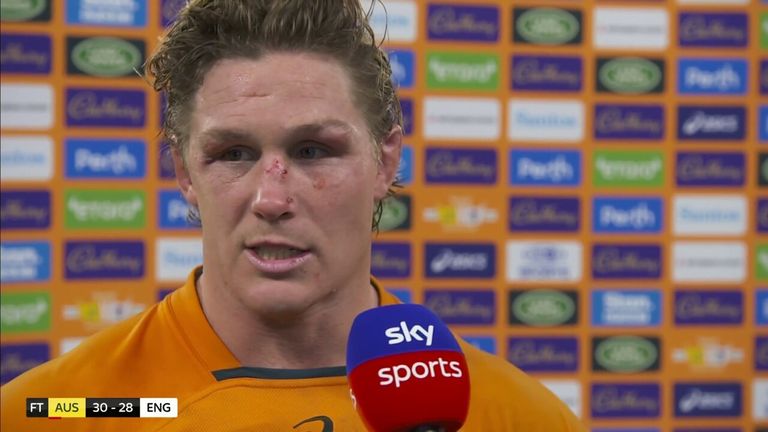 No 8 Vunipola then caught Hooper in the head with his shoulder, but was spared a red card for being in a passive position, leaving the majority of what was left of the Test to be played with even numbers again.

With 11 minutes to go, Fainga’a sprung over following a maul, and when Lolesio converted, the lead was a two-score one and the hosts suddenly had real belief.

Indeed, with little time left, Samu grabbed Australia’s third try of the Test to rubberstamp victory, with exciting England replacement back Arundell one the main talking points post-match after scoring a scintillating try with his first touch, and then coming close again before Van Poortvliet’s score in the final play.

England are next in action for the second Test of the three-Test series vs Australia in a week’s time in Brisbane on Saturday, July 9, live on Sky Sports Action from 10.15am (10.55am kick off). 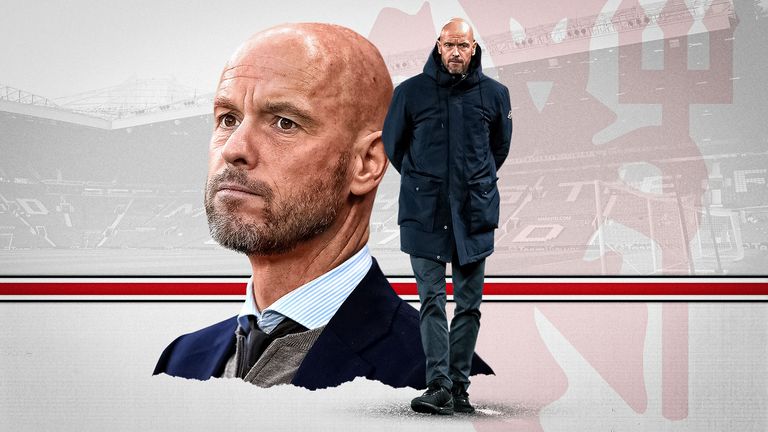 What does Man Utd’s Dutch recruitment tell us? 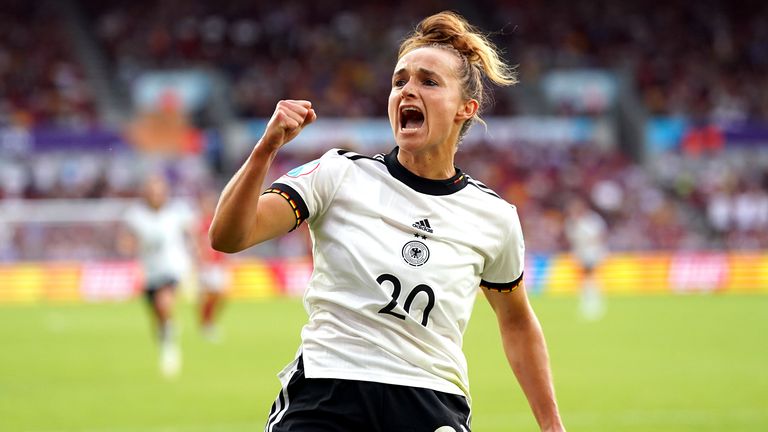 Germany face Austria in Euro QFs | Voss-Tecklenburg: We must not fear failure