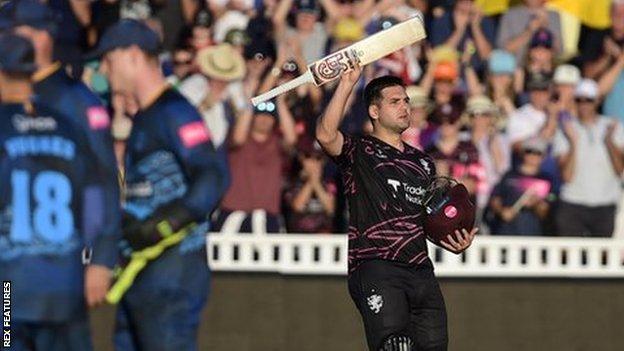 But Derbyshire then folded miserably to be bowled out for 74, to suffer the worst T20 Blast defeat, by 191 runs.

Lancashire and Yorkshire will meet in the first semi-final at Edgbaston, the first Finals Day Roses match in 20 years of T20 cricket

Somerset, the 2005 winners and record four-times beaten finalists, will be making their eighth Finals Day appearance – one less than joint record holders Lancashire and Hampshire.

They will face Hampshire in a repeat of last year’s second semi-final, won by the Cider Boys, who went on to lose in the final to Kent.

After astonishingly being put in to bat by Derbyshire, South African Rossouw led the way for Somerset with seven sixes – five of them in one 36-run, seven-ball over (6,6,4,no ball,6,6,6) from leg-spinner Mattie McKiernan – in his 93 off 36 balls.

England white-ball man Banton survived a bad drop on 29 to weigh in with 73 from 41 deliveries, while Tom Lammonby hit six boundaries in his 31 from 9 balls.

Aside from Scrimshaw, who will return to this ground with England Lions next week, it was pure carnage for the Derbyshire bowlers, especially for McKiernan, who went for 82 in his four overs, the most expensive figures in men’s T20 cricket history.

The previous T20 record score in England, 261-2 by the Birmingham Bears against Nottinghamshire had only been set at Trent Bridge 22 days before – but successive sixes from Benny Green took the Cider Boys past that.

Somerset then set about depriving the Bears of another freshly acquired record.

Worcestershire’s 144-run defeat at Edgbaston to the Bears had only come 15 nights earlier – but it soon became clear that it was about to be obliterated.

Harry Came – a replacement for missing Pakistan Test player Shan Masood fell – fifth ball to Craig Overton before Australia international Peter Siddle sent back Luis Reece and Leus du Plooy, with the third and fifth balls of the fourth over, then had Hilton Cartwright was caught off a mistimed pull.

Brooke Guest was then bowled by Lewis Gregory, Wayne Madsen drove to mid-off and Green removed Alex Hughes and Watt with successive balls in the 10th over.

Aitchison was then run out in an embarrassing mix-up with McKiernan, who skied a catch off Green to end Derbyshire’s night of misery.

“You are always striving for the perfect performance and I guess that was it, as near as dammit. It was an incredibly comprehensive victory. But, believe it or not, I still don’t believe we have peaked as a team.

“I knew we were more than capable of posting that sort of score. When everything comes together like that it is incredibly satisfying.

“Tom Banton and Will Smeed set the platform because dealing with the new ball can be tricky here and then we saw Rilee Rossouw play a really special innings.

“And we have been brilliant with the ball all through the competition. We now we go to Finals Day with real momentum.”

“It was embarrassing. We are not happy with simply reaching quarter-finals. We didn’t execute our skills. We were tentative, didn’t field well and didn’t nail our skills with the ball, with the exception of George Scrimshaw, who was outstanding.

“I felt we bottled it. To have any chance after conceding so many runs, we had to take the powerplay down, but it proved way too much for us.

“We decided to bowl first because it was a fresh pitch and we thought we might get most out of it, particularly if we struck early.

“We had a chance to get Banton out and, had we taken it, we might have found ourselves chasing 170 or 180. That was the plan, but it didn’t work out.” 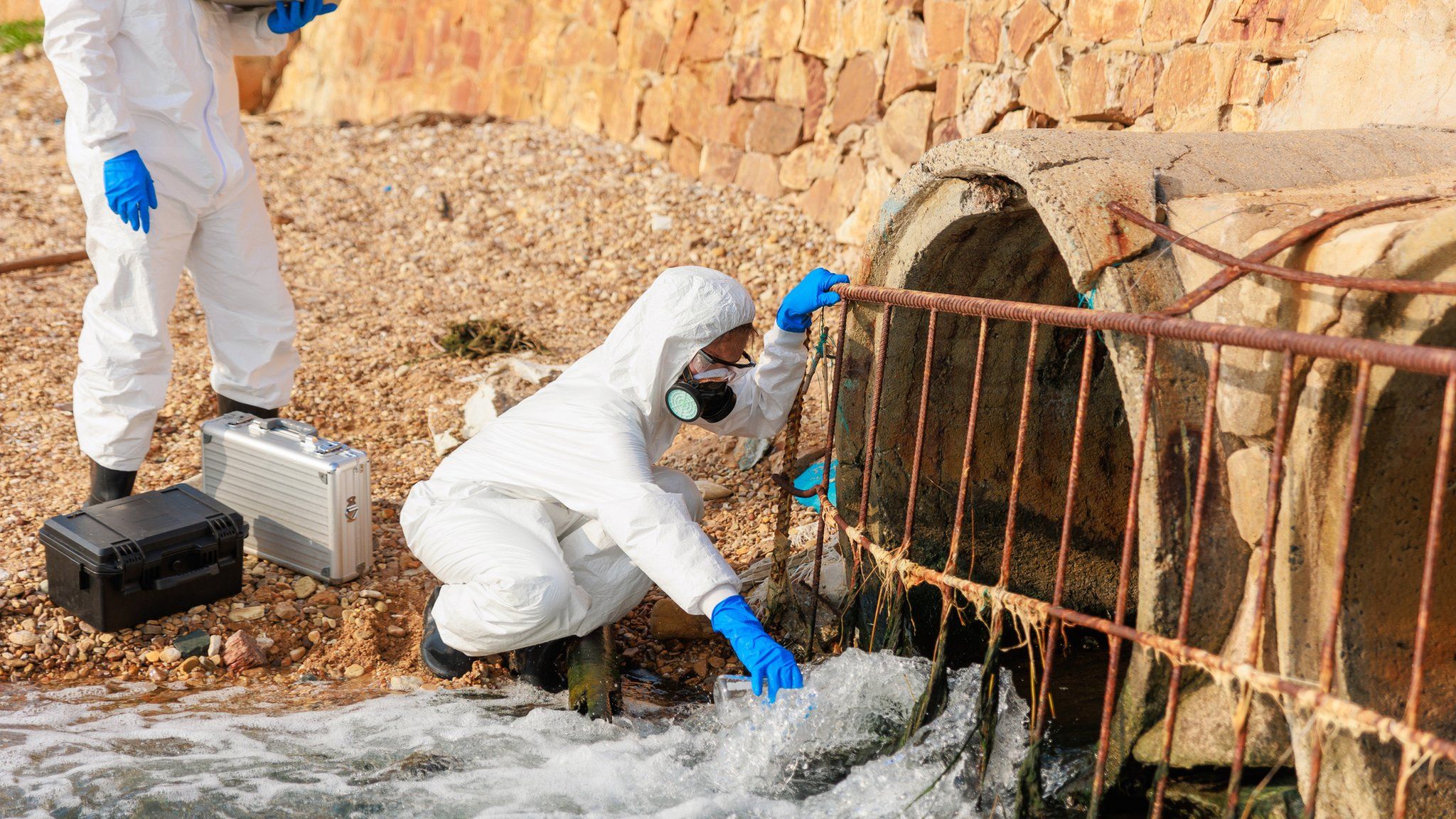 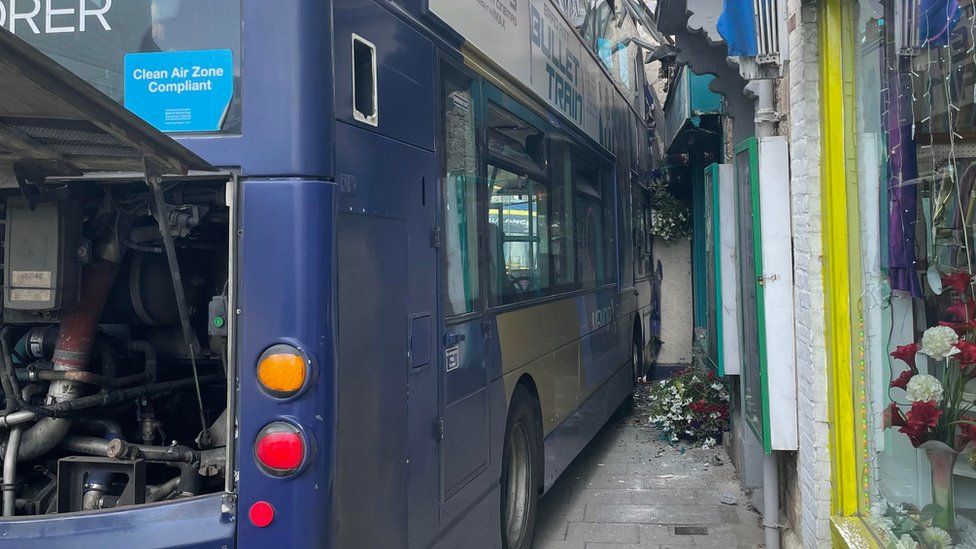 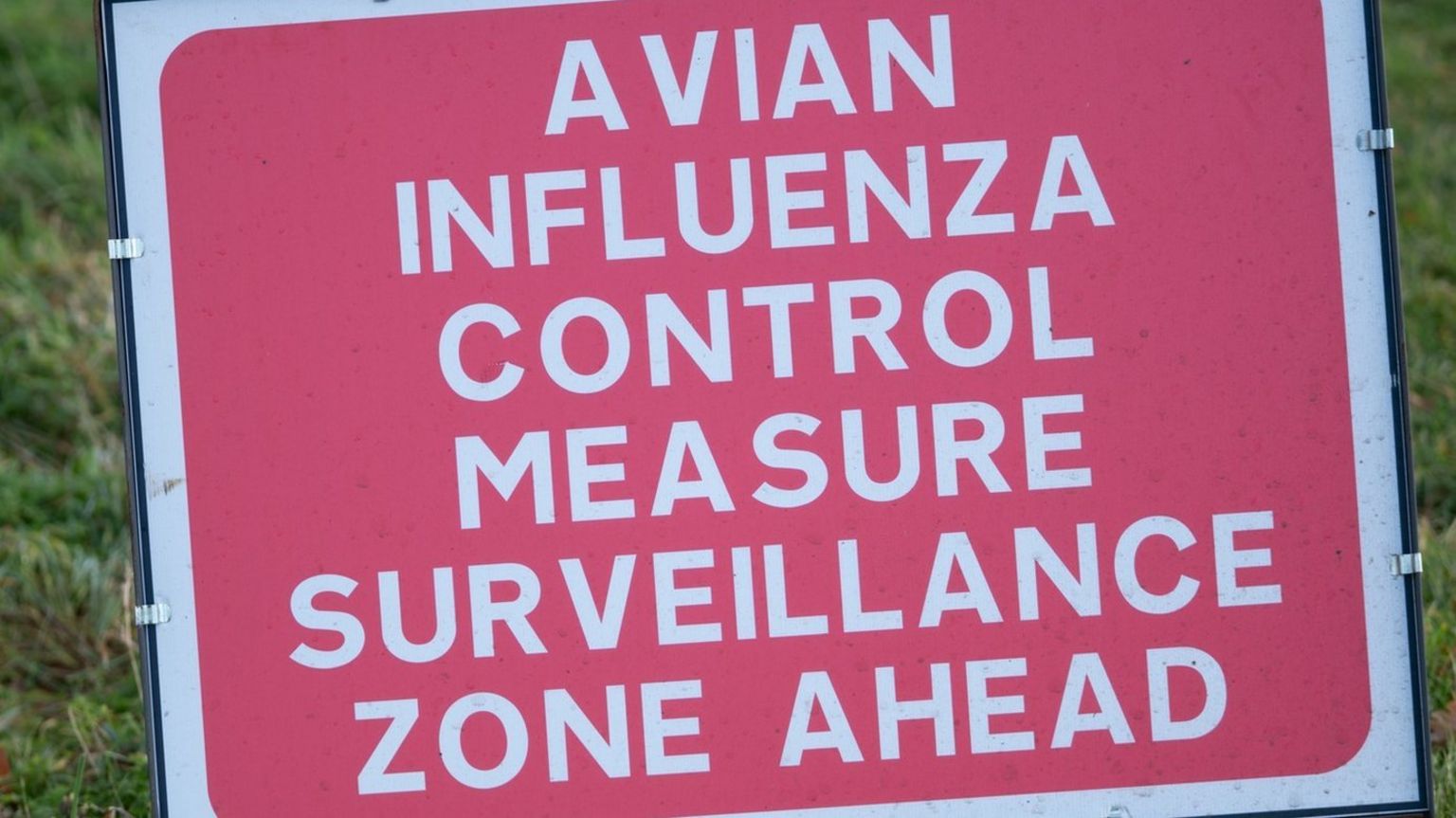 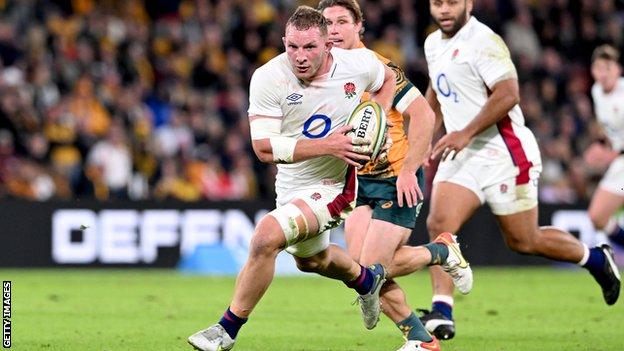