Rafa Cabrera Bello sits in second spot, while Spieth is tied-third alongside Jordan Smith and Ryan Palmer; Watch Featured Groups from the final round of the Genesis Scottish Open live on Sunday from 10am on Sky Sports Golf, ahead of full coverage from 2.30pm

Xander Schauffele takes a two-shot lead into the final round of the Genesis Scottish Open, with Jordan Spieth and Matt Fitzpatrick part of the chasing pack.

Schauffele mixed six birdies with two bogeys on his way to a four-under 66 at The Renaissance Club in North Berwick, lifting the Olympic gold medallist to seven under and in prime position to claim back-to-back PGA Tour titles.

The world No 11’s bogey-bogey finish halved his advantage over nearest challenger Rafa Cabrera Bello, while Spieth’s third-round 66 lifted him into tied-third alongside compatriot Ryan Palmer and England’s Jordan Smith. 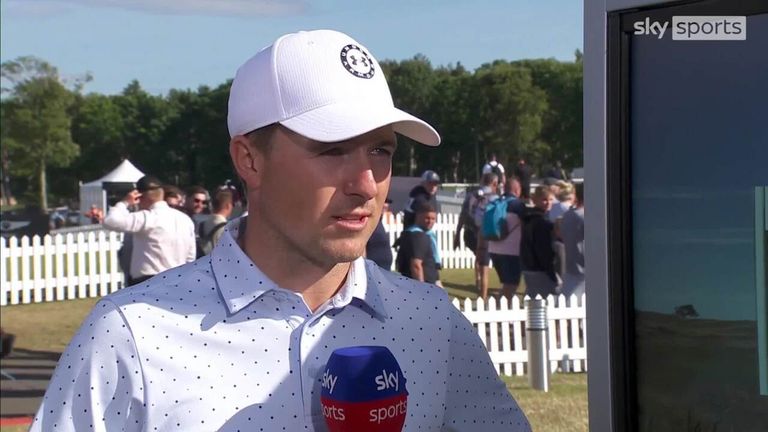 A four-over 74 dropped Cameron Tringale four behind with Fitzpatrick and Alex Smalley, while former US Open champion Gary Woodland is the group five off the pace that contains LIV Golf member Branden Grace – a last-minute addition to the field when DP World Tour suspensions were lifted.

Tringale took a three-shot lead into the weekend and restored that overnight advantage with a 14-foot eagle at the par-five third, only to make three consecutive bogeys from the sixth to reach the turn in 36.

The world No 55 lost further ground with a dropped shot at the 11th, allowing Schauffele – starting four strokes back – to jump ahead by following birdies at the third and sixth with four more in a six-hole stretch from the 11th.

Schauffele, who came into the week of the back of victory at the JP McManus Pro-Am, carded his first dropped shot of the day when he failed to get up and down from wide of the par-three 17th green and then missed from eight feet to save par at the last.

“I had pretty much everything going,” Schauffele said. “I was judging the bounces well and making sort of the putts I need to and getting up-and-down when I was missing the green. Six birdies through 16, no complaints, and a tough finish. So overall, pretty okay with the day.”

Cabrera Bello jumped into contention for a second Scottish Open title after starting his back nine with an eagle and three birdies in a four-hole stretch, helping him to a three-under 67, while Spieth moved into a share of third after carding two eagles on his back nine.

Smith made three birdies in the space of four holes but bogeyed the last to close a second successive 69, with Palmer also within two of the lead until a final-hole bogey. Tringale dropped shots on his closing two holes to fall back to three under, which is the score Fitzpatrick remained on after a third-round 70.

The tournament offers three places for The 150th Open via the Open Qualifying Series, given to the three leading players in the top 10 who are not already exempt. Those qualifiers will then compete at St Andrews next week, exclusively live on Sky Sports’ dedicated Open channel.

Who will win the Genesis Scottish Open? Watch Featured Group coverage live on Sunday from 10am ahead of full coverage from 2.30pm. 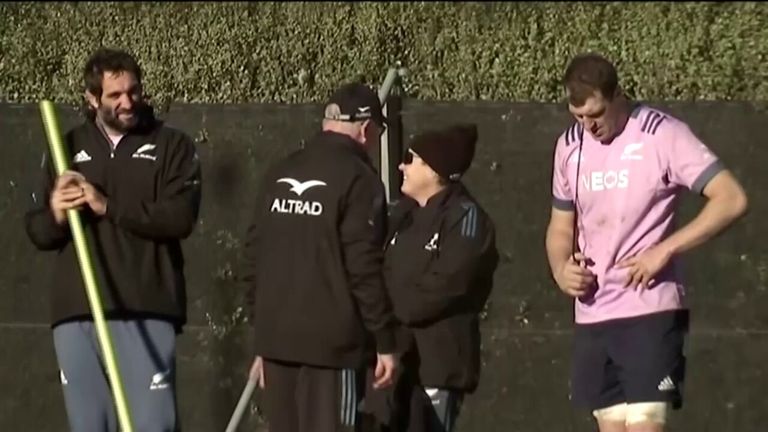 Whitelock, Vaai out of second All Blacks vs Ireland Test