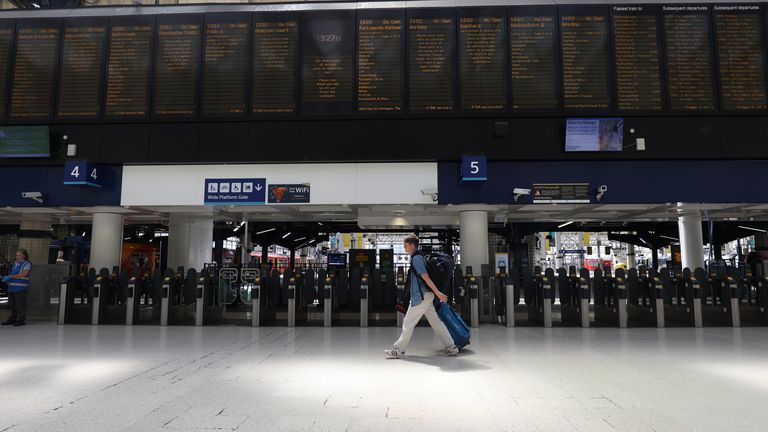 The transport secretary has denied a union’s claim that he “wrecked” strike talks, saying it is a “total lie”.

Rail workers will walk out on Thursday after Network Rail and the RMT union failed to make a breakthrough in negotiations to avoid a second day of industrial action this week.

RMT general secretary Mick Lynch laid the blame at the door of Transport Secretary Grant Shapps, saying he ruined talks by “not allowing Network Rail to withdraw their letter threatening redundancy for 2,900 of our members”.

Mr Lynch said disruption would continue until the union secures a deal that “delivers job security and a pay rise for our members that deals with the escalating cost-of-living crisis”.

Mr Shapps said the RMT’s claim was a “total lie” and he had “nothing to do” with withdrawing the letter in question. 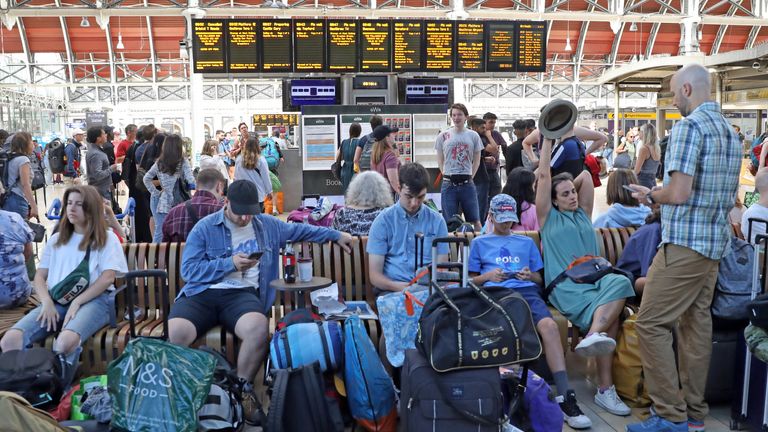 “The RMT continues to deflect from the fact that the only people responsible for the massive public disruption this week is them.

“I want to urge Mick Lynch and his members to stop wasting time making false claims in the media and instead return to the negotiating table so an agreement can be reached.”

No strike action was held on Wednesday, but services were still severely disrupted across the railways and London Underground, with trains having to be repositioned throughout the day. 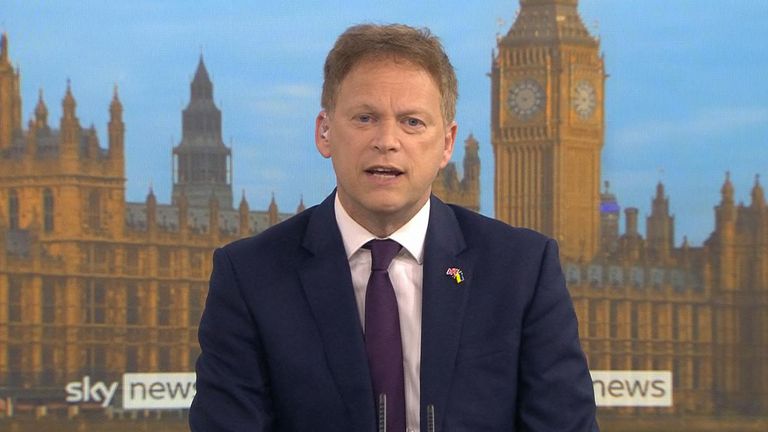 Government will ‘push on with reforms’

There was relief for those travelling to Glastonbury Festival in Somerset though, with regular services running to Castle Cary near the site all day, and traffic seemingly flowing freely to Worthy Farm.

Some 13 train operators will see RMT members walk out again on Thursday, as well as Aslef-affiliated train drivers for Greater Anglia, causing yet more disruption on railways with only a handful of services running up and down the country.

Network Rail said talks with the RMT “never really got started” on Wednesday, with the organisation expecting more to continue into Thursday.

Network Rail managing director Tim Shoveller told Sky News: “We were waiting for the RMT until 12.30 and when they arrived, we had several discussions around even being able to have a conversation so that we could move forward and make the next stage of the offer we wanted to do – those were completely frustrated by the RMT’s inability to talk.

“They asked us to remove the letter that we sent to them previously and we’ve been through that with them to explain that that letter is not material to the discussions we’re having today, and that we wanted to continue with the discussions, and they refused to do that.

“They’re now asserting we’re being controlled in some way and that’s a red herring.” 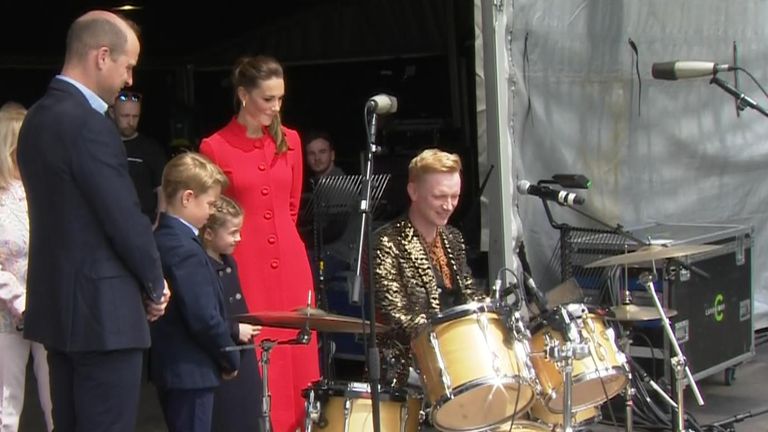 Man charged with murder of his 89-year-old grandmother 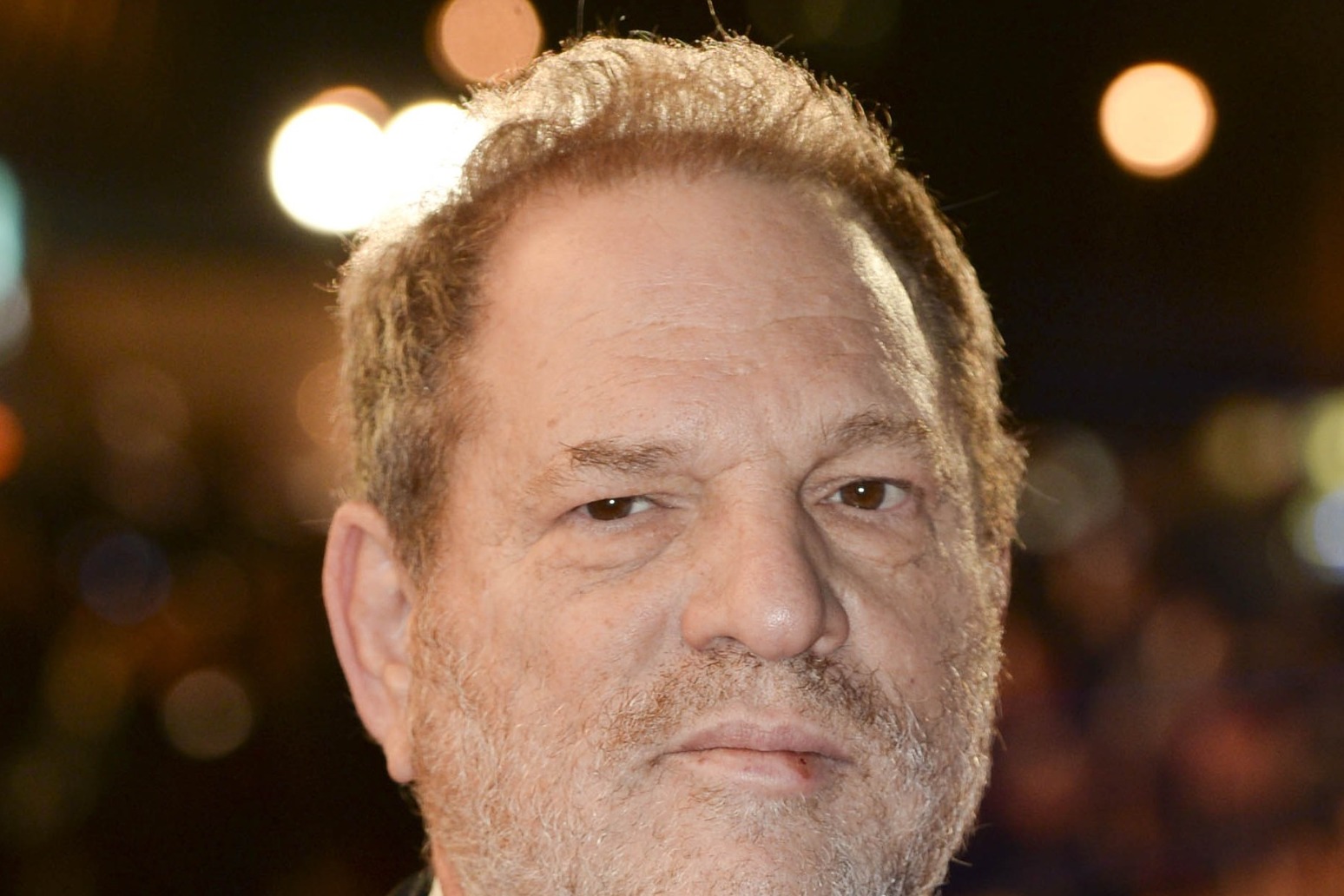