Elena Rybakina became the first player from Kazakhstan to win a Grand Slam title as she fought back from a set down to beat Ons Jabeur in the Wimbledon final on Saturday.

The 23-year-old, who switched nationality from Russia to Kazakhstan in 2018, neutralised her opponent’s trademark invention to clinch a 3-6 6-2 6-2 win and deny Jabeur history as the first woman of African or Arab descent to be crowned a major champion.

Rybakina broke Jabeur in the opening game of the second and third set, before rescuing three break points and sealing the double break in the decider to serve out for the match.

Having become the youngest woman’s finalist at the All England Club since Garbine Muguruza in 2015, Rybakina capped a landmark tournament that had seen her defeat 2019 champion Simona Halep in the semis.

“I was super nervous before the match, during the match and I’m happy it’s finished, to be honest. Really I have never felt something like this. I want to thank the crowd for the support, it was unbelievable these two weeks,” said Rybakina.

“But also I want to congratulate Ons for a great match and everything you have achieved. I think you are an inspiration for everybody. You have an amazing game. We don’t have someone like this on tour and it is a joy to play against you. I ran so much, I don’t think I need to do fitness anymore.”

Rybakina entered the contest having logged a WTA Tour-leading 217 aces so far this season, but struggled to make a dent with her power from the baseline in the opening exchanges.

Instead, it was Jabeur who began the more assured as she secured the break in the third game and took control with familiar drop-shot precision to nullify her counterpart, who was guilty of 17 unforced errors in the first set to the Tunisian’s six.

The setback ignited Rybakina’s best tennis as she broke to begin the second before producing an ace to rescue three break points for 3-1 and then turning to her serve once more to leave Jabeur stranded and draw level.

Unforced errors had been chiselled to seven, her first serve win percentage had risen from 53 in the first to 73 and her conversion of eight of 15 net points evidenced Rybakina offering Jabeur a dose of her own mastery with impressive touch, instincts and approach bravery.

Rybakina remained stern in the face of a fightback from Jabeur mid-way through the decider when she saved three more break points from 0-40 down to earn a 4-2 advantage.

It would prove Jabeur’s final resistance, her efforts to disrupt the momentum with her slice prowess doing little to deter a Rybakinda that looked a shadow of the nervy first-set performer.

No woman has won more matches than Jabeur’s 84 across the 2021 and 2022 seasons, and while it may take time to process a missed break opportunity at 0-40 in the deciding set, Jabeur departs having further enhanced her popularity among fans by way of her creativity and trailblazing ascent as an Arab role model.

“First of all I want to congratulate Elena and her team – great job and she deserved this and hopefully next time it will be mine,” she said.

“Elena stole my title but it’s okay! I love this tournament so much and I feel really sad, but I’m trying to inspire many generations from my country. I hope they are listening.

“I wouldn’t do this without my team there. They always pushed me to do more so thank you for your support and believing in me.

“I also want to thank this beautiful crowd for all their support over the two weeks. It’s been amazing.” 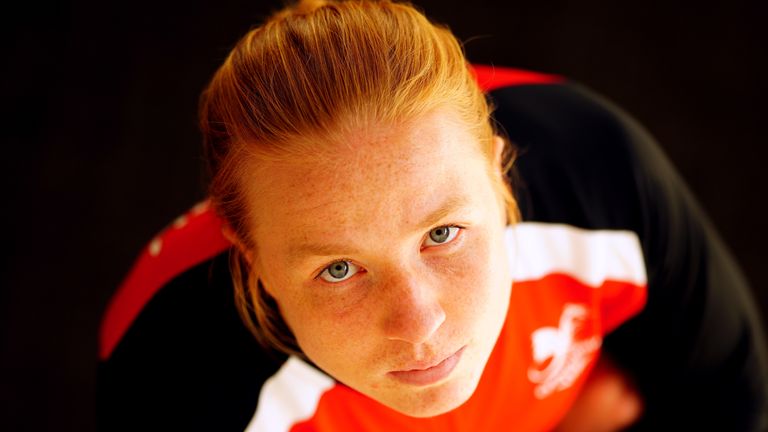 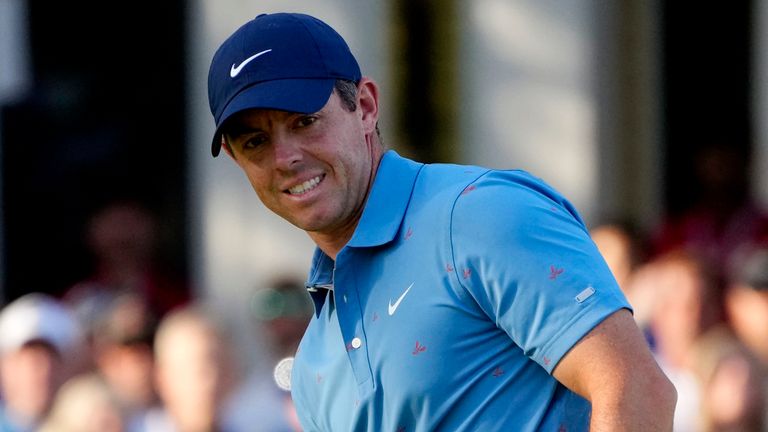 McIlroy: ‘Confidence high’ ahead of The Open | ‘Woods could contend’