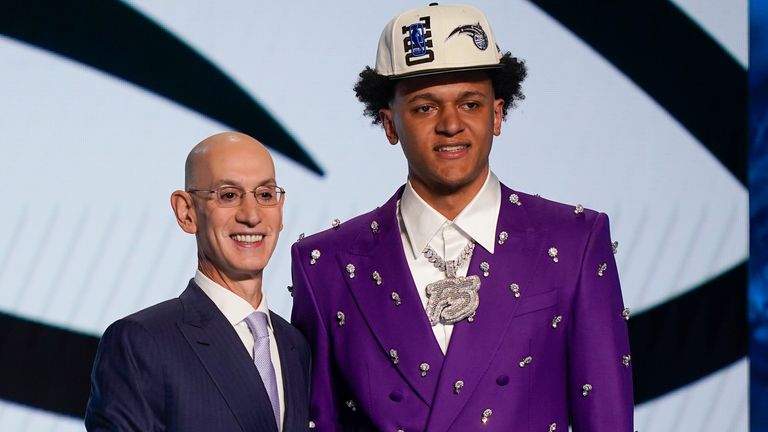 The Orlando Magic selected Paolo Banchero with the first pick in the 2022 NBA Draft.

He was closely followed by Chet Holmgren being taken by the Oklahoma City Thunder with the No 2 pick and then Jabari Smith Jr. going to the Houston Rockets, as the top three projected players went off the board first but perhaps not in the order everyone expected.

Great Britain’s sole representative in the draft cracked the top 10, as Jeremy Sochan – who spent the majority of his life in Milton Keynes and some of it in Southampton – was selected by the San Antonio Spurs with the No 9 pick (more on that below).

This year’s draft build-up saw a huge focus on the top three. They were locked in on every draft analyst’s board – albeit in varying orders – and in the end it was Banchero, who didn’t work out with Orlando prior to Thursday night, who was selected ahead of the other two top three prospects after a standout season with Duke.

The pick surprised many pundits. Magic President of Basketball Operations Jeff Weltman seemed to acknowledge that, and said: “When you’re playing poker, you don’t put your cards on the table, right?”

The Magic chose the 19-year-old forward with the No 1 selection – after weeks of speculation that Auburn’s Jabari Smith Jr. or Gonzaga’s Chet Holmgren might be the ones atop Orlando’s list.

The Magic are betting a big part of their future on the 19-year-old who, per Spotrac, will sign a two-year $22.3 million contract that includes two team options which top the deal out at $49.4 million over four years.

Banchero averaged 17.2 points in his lone college season, along with 7.8 rebounds and was a third-team All-American. There were roars from the crowd at Amway Center – Banchero’s new home court – when NBA Commissioner Adam Silver announced just past 8pm that the Magic were on the clock.

Banchero joins a young team in Orlando that already includes 2017 top pick Markelle Fultz, a pair of top-eight picks from the 2021 draft in Franz Wagner and Jalen Suggs, and Cole Anthony, the No 15 pick in 2020.

Orlando also has the players picked sixth from the 2017 and 2018 drafts, Jonathan Isaac and Mo Bamba. It’s possible that when next season starts Orlando could have as many as six lottery picks, nine top-16 selections and 12 first-rounders on its roster. 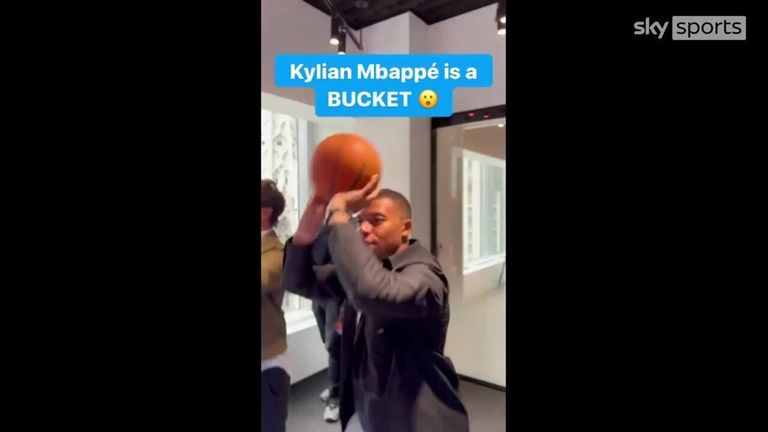 Paris Saint Germain superstar Kylian Mbappe was spotted at the NBA draft last night at the Barclays Center in Brooklyn, New York. The 23-year-old also showed off his basketball skills!

Thursday night was the fourth time that Orlando made the first pick. The Magic took Shaquille O’Neal with the top selection in 1992. Chris Webber was the No 1 pick by Orlando in 1993, and he got traded that same night for Penny Hardaway and a package of future picks that were eventually turned into Vince Carter and, later, Mike Miller – who just happens to be Banchero’s agent. And in 2004, the Magic selected Dwight Howard with the first pick.

If Banchero can pan out anywhere near as successful as those other names, then the franchise will have made a very good selection.

The Oklahoma City Thunder chose Gonzaga’s Chet Holmgren with the No 2 overall pick.

Holmgren, a versatile 7-footer from Minneapolis, was a second-team All-American in his only college season. He averaged 14.1 points and 9.9 rebounds and ranked fourth nationally with 3.7 blocks per game for the Zags. He shot 61 per cent from the field and 39 per cent from 3-point range last season – the kind of efficiency that could help a Thunder team that ranked last in the league in field goal percentage, 3-point percentage and scoring last season.

His skill could help him be effective as he works to add to his slender 195-pound frame.

Smith was one of three first-round picks the Rockets had in this year’s draft. Houston also had the 17th pick, which the team received as part of the trade for James Harden, taking Tari Eason from LSU.

Smith comes to Houston after the power forward averaged 16.9 points, 7.4 rebounds and two assists per game to win SEC freshman of the year, All-SEC first-team and second-team All-American honours.

The Rockets will expect Smith to play immediately as they move on from Wood, who led the team in scoring in each of the last two seasons. If the 19-year-old starts as expected, the team will field an extraordinarily young starting lineup with four players under 22.

Great Britain’s Sochan selected by Spurs with No 9 pick 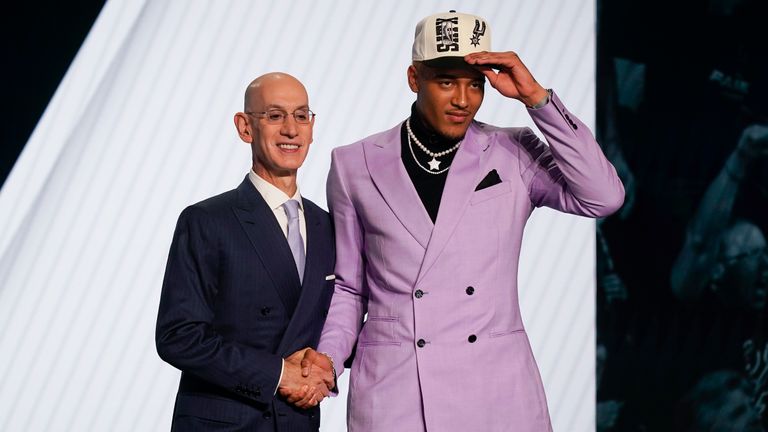 All the best bits from the NBA draft, including Jeremy Sochan, originally from Milton Keynes, who was selected as the ninth overall pick by the San Antonio Spurs!

The San Antonio Spurs chose Baylor’s Jeremy Sochan with the No 9 overall selection in the NBA Draft.

A 6’9″ forward, Sochan averaged 9.2 points and 6.4 rebounds in his lone season with the Bears and projects as one of the best defenders in the draft.

Sochan joins a franchise rebuilding after being the league’s winningest franchise over two decades. San Antonio qualified for a league-record 22 straight postseasons beginning in 1998, winning five NBA championships over that span with stars such as Tim Duncan, David Robinson, Tony Parker and Manu Ginobili.

After missing the postseason the past two seasons, the Spurs are attempting to reinvigorate their franchise behind All-Star Dejounte Murray, Keldon Johnson, Devin Vassell, Josh Primo and now Sochan.

Born in Guymon, Oklahoma, Sochan spent much of his life in England before committing to Baylor in 2020.

Sochan was San Antonio’s sixth lottery selection since it began in 1985, the fewest in the league ahead of the Los Angeles Lakers (seven) and Houston (10).

He thinks he has the right ingredients to succeed in the league long-term.

“I feel like I really fit well in the mould of a hybrid wing-forward,” Sochan said, speaking to Sky Sports. “I think those are one of the most important positions right now in the NBA as you can tell in the finals and the playoffs. Versatility is really important, I feel like I have that on both sides of the court and I think that’s really gonna help me adjust to the NBA and, I think, be long term.”

He also feels like style of play in San Antonio is a perfect fit for skills. 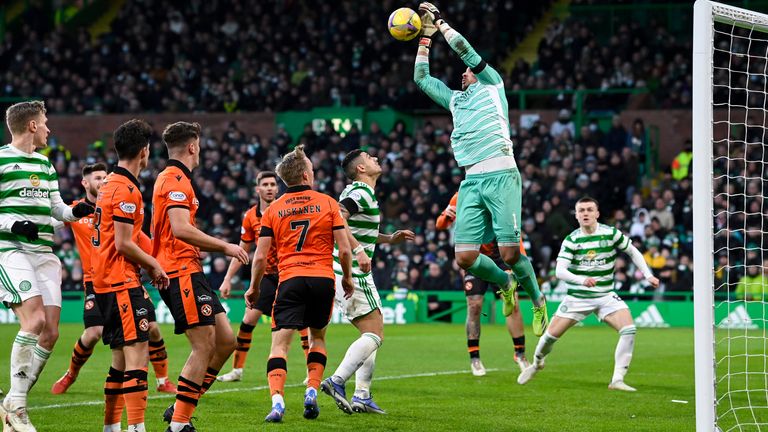 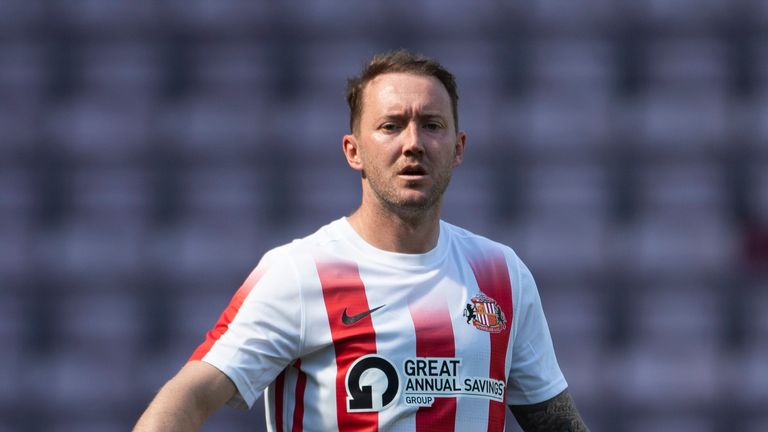