Jones: Pressure now ‘on the other mob’ | Itoje ruled out of series decider

Highlights of an entertaining second Test between Australia and England in Brisbane.

Highlights of an entertaining second Test between Australia and England in Brisbane.

England will be without Maro Itoje for the series decider against Australia next week but Eddie Jones has claimed the pressure is now “on the other mob”.

England dug in to force a series-deciding third Test on Saturday, as Billy Vunipola’s converted try and six Owen Farrell penalties secured a 25-17 second Test win over the Wallabies in Brisbane.

But they will be without Itoje in Sydney after the lock needed medical attention following a collision with centre Hunter Paisami shortly before half-time and left for an HIA.

“The medical situation with Maro is that he will be out next weekend,” Jones said. England dominated the first half to get out to a commanding 19-0 lead at Suncorp Stadium, and although Australia came back to reduce the deficit to 22-17 in the second half, England held on for victory to leave Jones in much better spirits than last week – when he oversaw a first England loss to the Wallabies since 2015.

Jones, who led England to a 3-0 series whitewash over Australia in 2016, chose to deflect the pressure onto the hosts when asked about next week’s huge Test, live on Sky Sports.

“So they’ve got to deal with that pressure. We’ll find ways of getting better.

“It was a good effort by the boys. We just tightened our game up a little bit this week.

“The boys carried out the game-plan really well, and played with a lot intensity, a lot of passion, and we had three new caps. Incredible.

“It’s just time together. We’re a very young, inexperienced team. It takes time to put things together, and we’ll be more cohesive next week.” 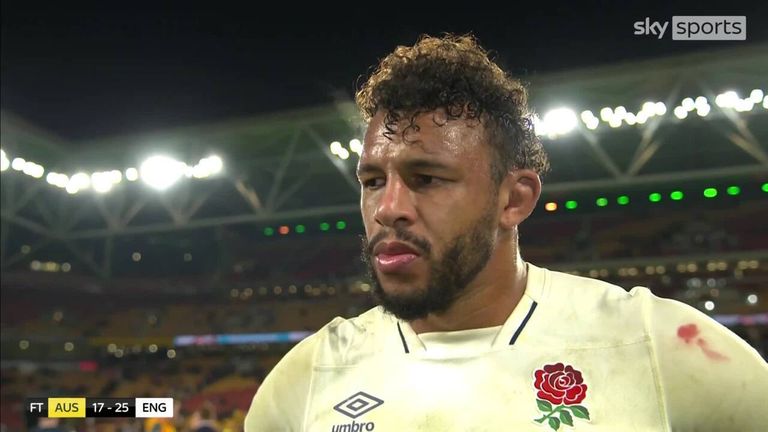 Van Poortvliet was particularly impressive, with his kicking game superbly executed and difficult for Australia to handle.

Jones felt vindicated in his selection, adding: “I’m not concerned about any debate.

“They’re three young guys [Porter, Freeman, Van Poortvliet] who are going to have a good future in the game, and they’re going to play a lot of games for England.

“I was really pleased with their effort tonight. He [Van Poortvliet] was very good, a player with the maturity of 50 Tests.

“And then Danny (Care) comes on at the end of the game and plays with a real maturity and real aplomb.

“The big thing for us is firstly, recover. We’re going to stay down at Coogee Beach, which is one of my old haunts, so we’re looking forward to that and enjoying the seaside!”

“He’s a competitor. He leads by example, which is great.

“What’s really important for him is he sits in a backline with 95 caps to his name, and he’s surrounded by debutants or guys with one cap. 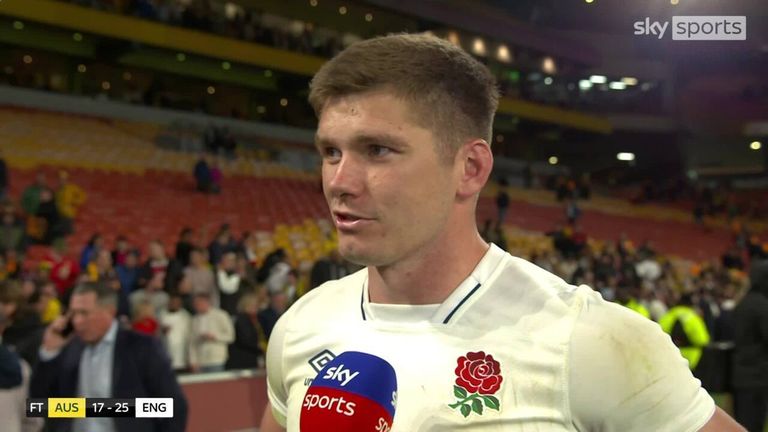 Owen Farrell says they need to improve in their discipline and retain momentum quicker, despite England’s big win over Australia

Owen Farrell says they need to improve in their discipline and retain momentum quicker, despite England’s big win over Australia

“I want to discuss their performance because we didn’t notice them, which was brilliant. It’s not amazing, it’s not bad. The fact they just slotted into international rugby in a massive Test match…they didn’t put a foot wrong.

“Guy Porter, he didn’t put a foot wrong – defensively sound, straight up and down player.

“Jack van Poortvliet managed that game terrifically, the kicking game was brilliant and Tommy Freeman didn’t get a lot of ball but when he did, he looked assured and confident.

“You put Owen Farrell in the middle of that and it encourages those guys to relax and be themselves.

“[Farrell is an] Out-and-out leader for me, brilliant guy and just an ultra-competitor. Good to have him back playing.”

Farrell: I wanted people to be themselves | “We have unbelievably exciting team”

“We felt like we didn’t really throw a punch last week and we started with a bit of a bang [here],” he said.

“We’ve still got a lot to sort out in that middle patch but to wrestle back momentum like we did, especially through our forwards in the lineout and driving mauls, I thought was fantastic.

“I just wanted people to be themselves. We talked about it last week, but we didn’t quite get it on the field…never really got going. “We knew what we were capable of, we’ve got an unbelievably exciting team here and it’s just about getting people going and I thought we did that from the off.

“There’s a lot of things that we can tidy up in that middle patch of the game, both before half-time and after, that will help us create more opportunities for those people. We’ll work on that, even though we won today.

“I thought the boys who have come in and made their debuts have been outstanding. You only had to see Henry (Arundell) come on last week and do what he did, to show how much energy and how exciting these boys can be.

“It’s only the start for them, who knows where they can take that and I’m looking forward to being part of that with them.” 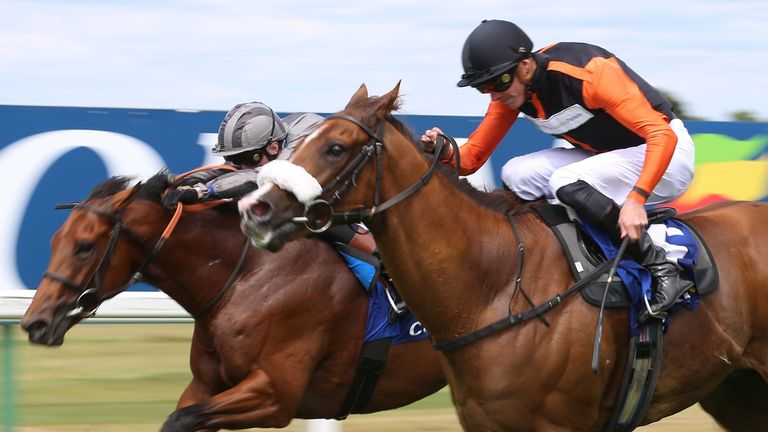