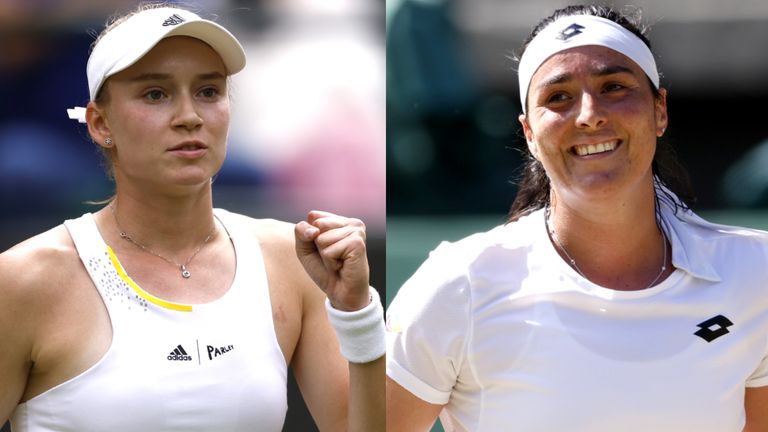 Ons Jabeur faces Elena Rybakina in Saturday’s Wimbledon women’s singles final, meaning a new champion will be crowned this year at the All England Club.

Saturday’s showpiece should prove a fascinating clash of styles between a flamboyant drop shot specialist in Jabeur and Rybakina, who has served the greatest number of aces on the WTA Tour this year.

Both players have made history for their countries already at this year’s tournament and are seeking to make more by winning the biggest prize in women’s tennis.

A final with huge international significance

Tunisian Jabeur, the world No 2, can become the first African and Arab player to ever win a Grand Slam tournament and does not make any secret of her desire to inspire more people from her part of the world to pick up a racket and believe that they can play tennis.

Nicknamed the ‘Minister of Happiness’ in her home country, Jabeur beamed when speaking to the press after making it through to her first Grand Slam final.

“It’s not like Europe or any other countries. I want to see more players from my country, from the Middle East, from Africa. I think we didn’t believe enough at certain points that we can do it. Now I’m just trying to show that. Hopefully people are getting inspired.”

Rybakina, meanwhile, became the first Kazakh player to ever qualify for a Grand Slam final, after changing her nationality from Russian back in 2018 as a teenager, when she defeated 2019 champion Simona Halep to qualify for Saturday’s final.

“I think it’s very important because tennis is becoming even more popular in Kazakhstan,” said Rybakina. “We have so many tournaments there. I think it’s amazing that now on TV, on the news you can see that I’m playing the final, and it’s for the first time.

“My biggest support is president of the federation and also other people called through him, congratulate me with this result. I think everybody will watch and support me in the final.”

Whatever happens on Saturday, then it’s guaranteed that history will be made on Centre Court.

Jabeur enjoyed a great season on the clay overall, winning her biggest career title yet in Madrid and finishing as runner-up in Rome and Charleston but that came to an abrupt end when she was dumped out of the French Open in the first round by Magda Linette.

She returned to form on the grass though, winning in Berlin and has now won 11 matches on the bounce heading into her first major final at the All England Club.

This year’s tournament has seen Jabeur overcome her slam struggles in style. Prior to this last fortnight, the 27-year-old’s best finish at a slam was her solitary quarter-final appearance here last year.

Ons Jabeur – Route to the final

She believes the key to her success has been maintaining belief.

“Never give up, and believe always that you can do it,” Jabeur said. “And be surrounded by great people. I have a great team behind me. They always supported me even though sometimes – I’m not going to lie to you – I maybe thought I was never going to make it or never going to [win] a Grand Slam title or [make] a Grand Slam final.

“We worked a lot with my team [for a breakthrough]. Of course, no one expected that it’s going to be this week at Wimbledon. But this is something we worked on a lot. Everybody believed in me in my team.”

Rybakina back in rhythm and seeking biggest win

Rybakina’s career has been a stop-start story at times, she was playing great tennis before Coronavirus hit in 2020 and started this year off well too, reaching the final in Adelaide before losing to then-No 1 Ashleigh Barty.

A litany of injuries and illnesses have made it a season to forget for the most part, a quarter-final appearance at Indian Wells the only real thing to shout and these last two weeks at Wimbledon.

But the 23-year-old, who has excelled on serve this season despite her overall struggles, has seen her all-round game come together at exactly the right time, with an impressive run for the 17th seed culminating in a victory over Simona Halep.

Rybakina has lost just one set (against Ajla Tomljanovic) en route to becoming the first-ever player from Kazakhstan, male or female, to qualify for a Grand Slam final.

“I didn’t expect that I’m going to be here in the second week, especially in the final,” Rybakina said. “I believe that I have a game to go far in the Grand Slams. Of course, I believed that maybe one day I can win it.

“Maybe this is something [which helped] me to get through all these matches. I can say that this is really first time when I enjoyed every day of playing.”

Jabeur and Rybakina are meeting for a fourth time on Saturday, with both players having won a three-setter each and the other being decided by default.

That was after Rybakina had to retire due to illness in Chicago, last year, in the third clash between them.

The Moscow-born star remembers Jabeur being kind to her early on in her WTA Tour career though and admits it’s nice to have reached this career milestone of a first slam final together.

“I met Ons first time I think when we were playing WTA maybe 125K,” said the world No 23. “I came for the first time with my dad and I met her. She was very nice to help me to find the club because she had a car. I remember how I met Ons.

“What she achieved already, it’s happening in front of my eyes. We are going together into this journey. I think it’s just amazing to think that you are making history.”

Despite possessing quite a lean frame, Rybakina possesses huge amounts of power, enough in fact that she was able to dominate against arguably the best returner in the women’s game in Halep.

Her intimidating serve, complemented by flat and fast-paced ground strokes are ideal for the grass and the stats back that up. Rybakina has produced 49 aces in six matches and more than half of her first serves (51 per cent) haven’t come back into play.

“Rybakina is an aggressive player. If you give her little bit of time, she will take that away,” Jabeur said of her opponent. “She can play really good on grass because [she’s] aggressive and changing the rhythm.

“She serves really well, so my main goal is to return as [many] balls as I can, to make her really work hard to win the point. I know she can hit really hard and hit a lot of winners.

“It’s going to be an interesting match, but I’ll try to make her work hard to earn her points.”

The way Jabeur will try to do that will be using passes and drop shots and exhibiting the kind of tennis that draws ‘oohs’ and ‘ahs’ from the Centre Court crowd.

In fairness, Rybakina’s serving did that against Halep in her first appearance on the All England Club’s main showcourt. Jabeur will aim to overcome her power with her flair and skilful return game. She’s won 46 per cent of the points returning first serves (Ryabakina is at 32 per cent) and 47 per cent of her return games, well ahead of Rybakina’s 30 per cent.

“Yeah, [they were] always tricky matches against her,” Rybakina said. “[This is a] different surface, Ons is playing really [well]. She played [well[ last year. This year she had great results. For sure, it’s going to be very tough match.

“I know how Ons plays. She knows how I play. We know each other well. But I’m going to try to do my best, focus on my game, and we’ll see what’s going to happen.”

Jabeur is not intimidated by the power and insists she’ll continue to play the game her way.

“I know that my game could really bother her,” Jabeur said. “I really try to focus more on myself, do a lot of slices, try to really make her work hard. I know that type of player usually wins the point in two or three shots. For me, I’m just going to continue and do what I do on the court.”

What’s certain is that the Centre Court fans are in for a treat on Saturday as both women bid to win their maiden Grand Slam title. 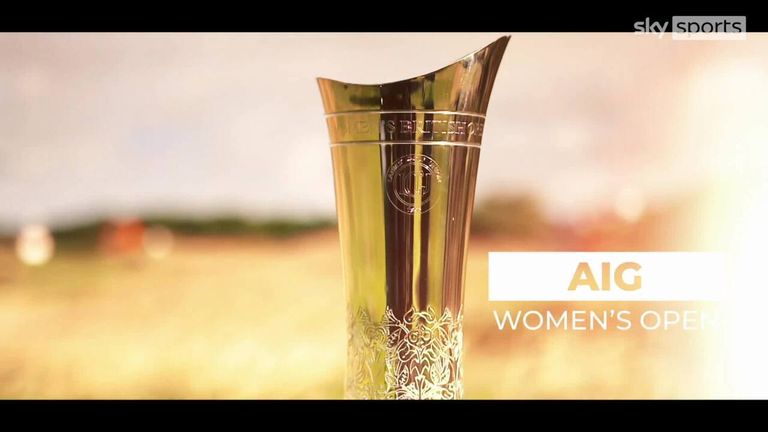 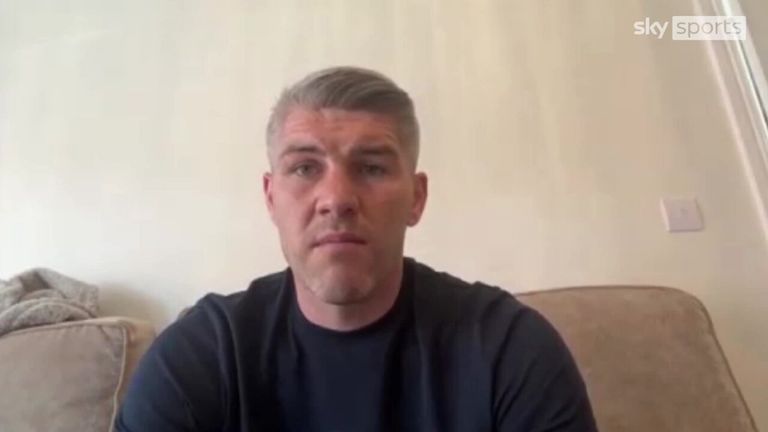 Liam Smith wants Eubank Jr fight next | ‘He’s an easy night for me!’ 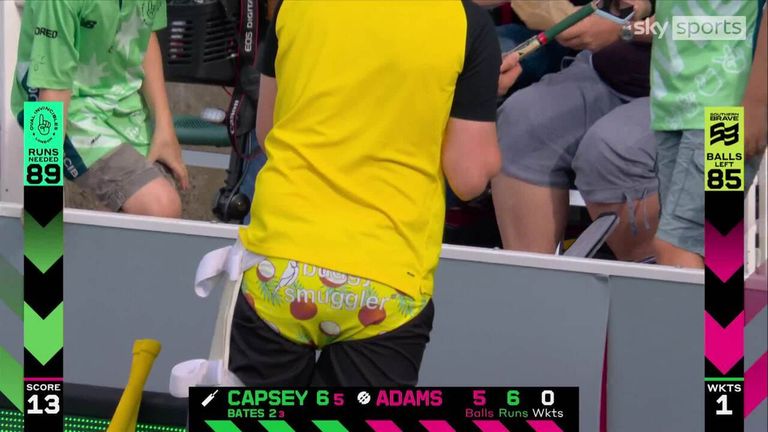 ‘Why are they on the outside?’ – KP confused by budgy smuggler outfit