Hollie Doyle blog: Dettori the one to beat in German Derby

Sky Sports Racing ambassador Hollie Doyle flies to Germany on Sunday in pursuit of more Classic success after a busy evening at Leicester where she has seven rides – all for different trainers.

Misscall (3.55) could be my best chance of a winner at Leicester on Saturday, where I have seven rides for seven different trainers.

Archie Watson’s filly has improved on her last two starts, finishing a close second at Goodwood before producing a power-packed finish to win a similar fillies’ race at Newmarket.

This will be the first time I’ve ridden her this season and I fully expect her to go well. She’s only gone up 2lb and sees out the six furlong trip well.

5.00 Leicester, Saturday – Lion should be ready to roar despite lay-off

I was chuffed to ride a winner for Godolphin trainer Saeed Bin Suroor on Arabian Warrior at Newcastle last weekend and am hoping to follow it up on Wild Lion in the seven furlong handicap (5.00).

He hasn’t run since posting back-to-back victories on the All-Weather at Newcastle last autumn but Saeed is adept at getting them to win at the first time of asking off a long lay-off.

The son of Middle Park winner The Last Lion showed ability on similarly fast ground at Yarmouth and Newmarket as a two-year-old and the climbing finish at Leicester should bring the best out of him.

Ivan Furtado’s Lednikov brings good form to the opening handicap (2.45) having won over a similar mile-and-a-half trip at Musselburgh in April.

He finished only a quarter of a length behind Thunder Flash over this course and distanced last time and is slightly better off at the weights for this re-match. Stepping up in trip has been the making of this gelding who resumes off an unchanged mark on fast ground he should enjoy.

A second run after wind surgery could prove the key to an improved performance from Maiden’s Green in the six furlong maiden (5.30).

She will need to progress to win off a seven-months lay-off but is bred to be useful so hopefully will give her market rivals something to think about.

Defying a big weight in a handicap is a familiar task after Trueshan’s remarkable performance in last weekend’s Northumberland Plate and now I face a similar challenge at Leicester, albeit at a more modest level.

Carey Street might not be in the same league as Alan King’s star stayer but he’s another big horse with a big heart who bids to overcome a welter burden for Linda Stubbs in the 10-furlong handicap (4.30).

I know the six-year-old well after winning on him twice on the All-Weather and finishing second on him on three other occasions. However, the fast ground might be more of a concern than the 10st 4lb he’s set to shoulder.

Earlier, Dave Evans drops Kiss N Cuddle in grade and reaches for the visor in the six furlong juvenile seller (3.20) while course winner Grandstand lines up in the closing mile handicap (6.05) for Richard Price. Both need to leave recent form behind but the latter has registered both his turf wins on fast ground and clearly likes the track.

2.45 Hamburg, Sunday – Out for more Classic glory in German Derby

Just two weeks after winning my first Classic on Nashwa I head overseas again on Sunday to ride the filly Wagnis in the German Derby, the IDEE 153rd Deutsches Derby (2.45) at Hamburg.

It’s exciting to be booked for the first time by top trainer Marcus Klug who has won the race three times in the last decade and remarkably saddles seven runners in the Group One.

It’s a significant step up in class for Wagnis who looks ready for a mile-and-a-half after winning a Group Three convincingly over a shorter trip at Hoppergarten at the beginning of June.

She’s clearly progressive and is bred to stay well but hasn’t been done any favours by such a difficult wide draw in stall 20 on a turning right-handed track. I’ve never ridden around there before but understand the bends are quite tight so I’ll be keen to walk it before racing.

I’m flying over to Germany from Newmarket on Sunday morning with the other British-based jockeys who have a ride in the race, including Richard Kingscote and Frankie Dettori who are also representing Team Klug.

Frankie is on the favourite So Moonstruck who ran well in Group Two company last time and is by Marcus’s German Derby winner Sea The Moon, so is probably the one we all have to beat. 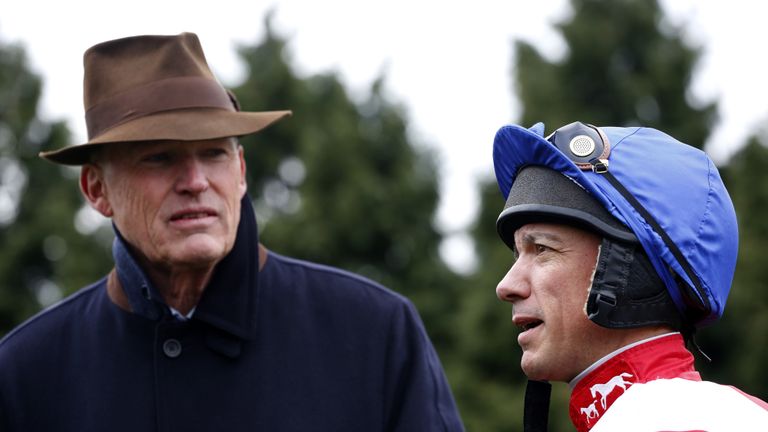 Frankie Dettori and trainer John Gosden have celebrated 63 Group and Grade One winners together, so what has caused the pair to take a ‘amicable sabbatical’? Sky Sports Racing’s Sean Boyce investigates…

12.30 Hamburg, Sunday – Up against Frankie again in fillies’ feature

Frankie Dettori and I both ride again for Marcus Klug in the Group Three Mehl-Mulhens Trophy (12.30), a fillies’ race over a mile-and-three-furlongs.

My mount Well Disposed was thrown in at the deep end on debut in that Group Three at Hoppergarten won by my Derby ride Wagnis, but ran respectably in fourth. On paper she has a lot to do to beat Frankie’s filly Mountaha, who won a Group Three over a mile at Cologne in May and is bred to appreciate a greater test of stamina.

Earlier, Navratilova, my mount in the Group Three Sparkasse Holstein Cup (11.50) would certainly be a topical winner right in the middle of the Wimbledon Championships.

I ride the filly. presumably named after one of tennis’s all-time greats, for Frankfurt trainer Toni Potters who won a Listed race with her at a big price at Hoppergarten back in the spring. Since then she’s picked up more black type in similar company at Dortmund so might just serve up another ace!

Native can Eclipse his elders

I expect Native Trail to take his form to a new level when he steps up in distance in Saturday’s Coral-Eclipse at Sandown (3.35).

Charlie Appleby’s colt hit the line powerfully to win the Irish 2,000 Guineas and looks ready for this greater test of stamina.

I think the likes of Alenquer, Bay Bridge and Mishriff may have their work cut out to give the son of Oasis Dream a 10lb weight for age allowance in a deep renewal. Mishriff, in particular, has something to prove after disappointing in the Saudi Cup in February.

France are also represented by a three-year-old in French Derby winner Vadeni, who has been supplemented. He’s an exciting colt in his own right but the style of racing he will encounter at the Esher track is very different to what he’s used to.

It’s been fascinating listening to and reading the expert analysis of Trueshan’s amazing weight-carrying performance in last weekend’s Northumberland Plate at Newcastle.

The reaction has been largely positive but I feel in some quarters his victory has been discredited, when in fact it should be celebrated. Other countries like Australia always champion the success of their star performers in big handicaps.

Yes, Trueshan was a Group One winner in a handicap – clearly the best horse in the race as the weights reflected – but the task he was set shouldn’t be underestimated. It wasn’t just about ability. It demanded great courage and commitment out on that track, which he gave in spades.

Let’s not forget that never before in the 189-year history of the great race or in any other modern day handicap has a performance like his been witnessed and it could be decades before we see something that special again.

I spoke to Trueshan’s trainer Alan King the day after the race and he was delighted how he had come out of it. He’d eaten up and was in great heart, he told me, so now it’s all systems go for a return to the highest level in the Goodwood Cup – weather permitting, of course. 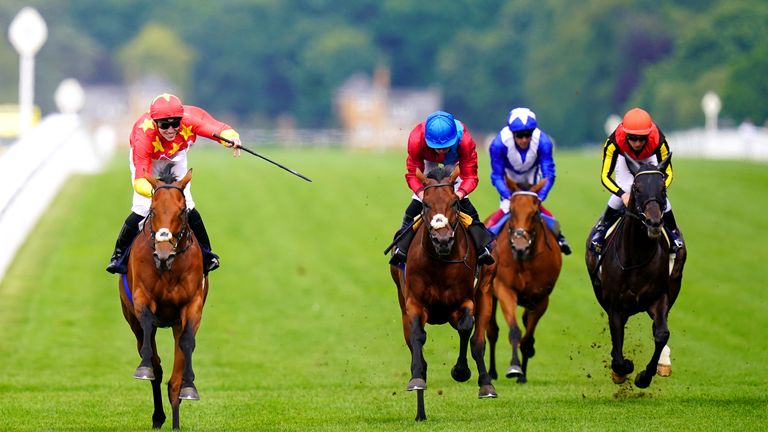 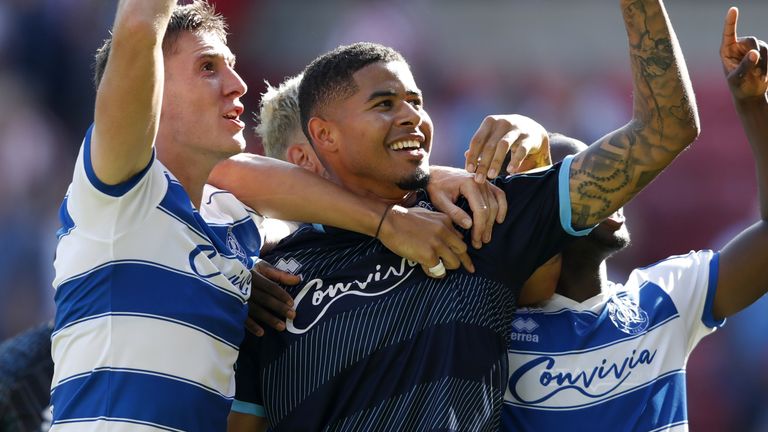 Marsch: Stepping out of Bielsa’s shadow 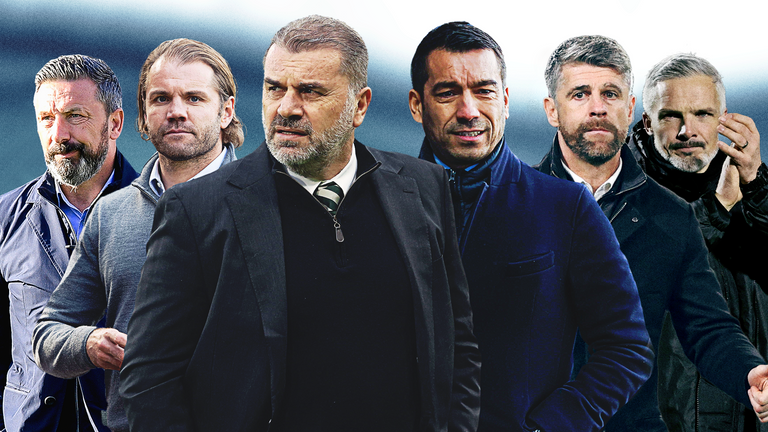 McFadden: Celtic will get even better | Do Hearts need more signings?