Hartley: Jones ‘spoilt for choice’ due to England squad depth England face Australia in the series decider in Sydney on Saturday; Eddie Jones’ outfit levelled the three-Test series with a 25-17 victory in the second Test; watch the deciding Test live on Sky Sports Main Event and Action from 10:15am on Saturday (10:55am kick-off)

Sky Sports experts Dylan Hartley and Will Greenwood believe Eddie Jones is “spoilt for choice” when it comes to England’s squad selection, but must soon decide on the core of the team ahead of the World Cup.

England’s second Test in Brisbane saw Eddie Jones hand out debuts to Tommy Freeman on the wing and Guy Porter at outside centre.

Jack van Poortvliet made his first start at scrum-half and his half-back partner – Marcus Smith – won just his 12th cap.

The uncapped Will Joseph was called onto the bench ahead of kick-off, after Jack Willis was ruled out late on. Ollie Chessum – with just three caps to his name – then had an extended period on the field following Maro Itoje’s departure.

England’s 25-17 victory means the three-Test series heads to a decider on Saturday, live on Sky Sports. Former England captain Hartley believes Jones has great depth to work with, both now and moving towards next year’s Rugby World Cup.

“He’s spoilt for choice, right? Alex Mitchell is not on tour for example, you could play him at nine,” the Sky Sports pundit said.

“He handed out debuts today [in the second Test] and debuts last week, and he won a Test match against a good Australian side. If he’s got that luxury, I suppose that’s what he’s doing, if he’s confident his team can win.

“He picks a side to win the game, that’s what he always says.”

Hartley and Greenwood then further discussed the road towards next year’s Rugby World Cup in France. England are in Pool D alongside Japan, Argentina, Samoa and the Americas 2 qualifier.

Greenwood believes Jones will need to streamline his approach in order to arrive at the World Cup in the best possible position.

“The key is getting 10/12 players a chance of a run of games to get right,” the former international said.

“The reality is, name the England backline that plays in the first game of the World Cup next year? We would all differ wildly.

“At a certain stage, in order to put in the sort of performance that Ireland did in New Zealand in their second Test, that needs time in the saddle together to understand the different idiosyncratic styles.

“It’s so that, I (as a player) know the sway of the hips that means you’re going to step and come back, I can see the one-handed offload and know which side it’s coming from.

“Unless you have the muscle memory of that with players, then it’s very difficult to do it under pressure and win seven games on the trot to win a World Cup.”

Hartley also made it clear that giving individuals opportunities in pressure situations now continues to be a positive due to the attrition rate at the top of the game.

“Whilst you want your out and out 15, you also have to explore options because injuries are inevitable,” he said.

“Two or three guys from that World Cup starting XV in Eddie’s mind will not be there at the time. There will be a bolter that comes through [too]. He’s spoilt for choice, there are so many good players.”

With the news that Maro Itoje and Sam Underhill have both been ruled out of the final Test, Jones will have another opportunity to boost the experience levels within his squad.

Northampton Saints skipper Lewis Ludlam and Leicester Tigers lock Ollie Chessum are the two men who look set to start in the third Test, after coming off the bench in the first two meetings.

Jack Willis, who was ruled out prior to the second Test in Brisbane, is also available to train.

Watch England’s deciding Test against Australia on Saturday, live on Sky Sports Main Event and Action from 10:15am (10:55am kick-off). The deciding day of the Summer Internationals starts on Sky Sports at 7.30am with Ireland vs New Zealand. 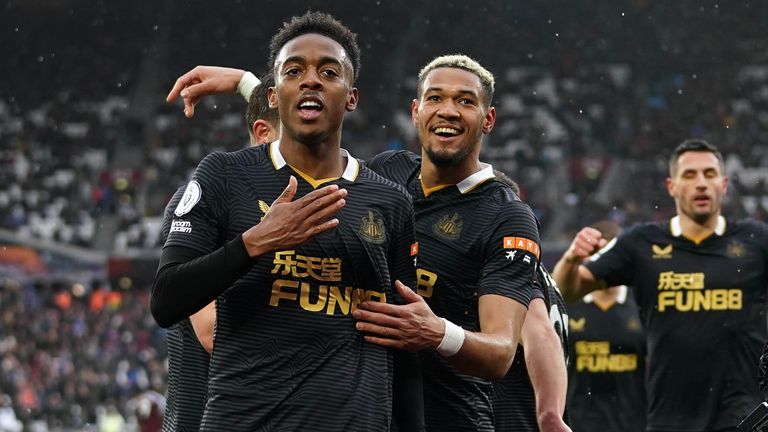 Back Willock to score at juicy 7/1 – Jones Knows