Gary Player: McIlroy my pick for 150th Open | Woods ‘could be a force’

Nine-time major winner Gary Player won The Open on three occasions and is backing Rory McIlroy to win the tournament for a second time this week; Watch live coverage of the 150th Open from St Andrews on Sky Sports The Open, with the first round getting under way from 6.30am on Thursday

Nine-time major winner, and three-time Open winner, Gary Player is tipping Rory McIlroy to end his eight-year major drought with victory at the 150th Open at St Andrews this week.

McIlroy, heralded by Player as the “most talented golfer in the world today”, has four majors to his name but the last of those came back in 2014 – the same year as his only previous Open win at Royal Liverpool.

The Northern Irishman has threatened at each of the other three majors in 2022, registering top-10 finishes in all of them, which included coming second to Scottie Scheffler at The Masters.

Speaking to Sky Sports as part of The 150th Open Championship Claret Jug Tour, in partnership with HSBC UK, Player said: “I think that the lightbulb will be switched on and McIlroy will win The Open.

“St Andrews is a wide-open golf course and with his length, it’s going to be an advantage.

“He is the most talented golfer in the world today. He has the best swing, he is a physical specimen – I admire him so much because of his work ethic – and a wonderful young man.

“He draws the ball, which is a big advantage at St Andrews and the greens are big, so there won’t be much chipping – which I don’t think is the best part of his game.

Woods ‘could be a force’ at St Andrews

Player is thrilled to see The Open return to the home of golf, with St Andrews’ hosting of the 150th iteration of the tournament described as “most appropriate”.

Tiger Woods, who won two of his three Open titles on the Old Course – in 2000 and 2005 – is set to make his return this week, having missed the US Open due to injury.

Take a look back at Tiger Woods winning his second Open Championship title at St Andrews in 2005.

Take a look back at Tiger Woods winning his second Open Championship title at St Andrews in 2005.

The 15-time major champion has only played in three televised tournaments since suffering career-threatening injuries in a car crash in Los Angeles last February, competing alongside his son in December’s PNC Championship before featuring in the first two men’s majors of 2022.

Player thinks clinching a hat-trick of wins at St Andrews will prove beyond Woods, but believes he is still capable of mounting a challenge.

“He loves St Andrews,” Player said. “And it’s an easy walking golf course, so he could be a force.

“Do I think he can win another major? I don’t think so, but I’ll happily eat humble pie if he did – I’d like to see him do it because by coming back he has lifted so many people.

“They see Tiger after all of this adversity coming out and playing, it’s very encouraging to people. I’d love to see him win, though I don’t believe he can. Then again, he is Tiger Woods.”

In terms of other potential contenders, Player has backed US Open champion Matt Fitzpatrick to have another successful week following on from securing his maiden major at Brookline last month.

Matt Fitzpatrick claimed his maiden major title at the US Open with a two-putt par on the 72nd hole.

Matt Fitzpatrick claimed his maiden major title at the US Open with a two-putt par on the 72nd hole.

“He is a wonderful player and a wonderful young man,” Player said. “And, funnily enough, I picked him to win, because the US Open is played on a very different course to the regular tour.

“The regular tour is wide open, The Masters is wide open, while the US Open is a true test of a golfer, with narrow fairways. You have to hit the ball straight, and he is a very straight hitter along with being one of the best putters in the game.

Matt Fitzpatrick says he received a congratulatory phone call from Jack Nicklaus after winning the US Open at Brookline.

Matt Fitzpatrick says he received a congratulatory phone call from Jack Nicklaus after winning the US Open at Brookline.

“St Andrews is a very good course for him, because it’s not long, and he’s a very good putter. If he wins another one, it will be very, very impressive – winning one is impressive enough, more would be unbelievable.”

Gary Player is supporting The 150th Open Championship Claret Jug Tour, in partnership with HSBC UK. The tour is visiting schools, golf clubs, city centres and HSBC branches across the UK and Ireland, finishing at St Andrews for The 150th Open in July.

Watch The 150th Open throughout the week live on Sky Sports’ dedicated channel – Sky Sports The Open! Live coverage from the opening round begins on Thursday at 6.30am – before the opening tee shot – and run through until after play has finished. 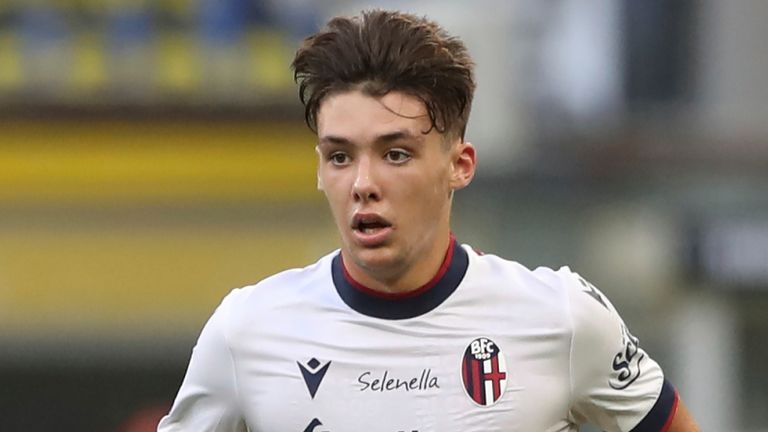