Fitzpatrick puts himself in contention at Scottish Open 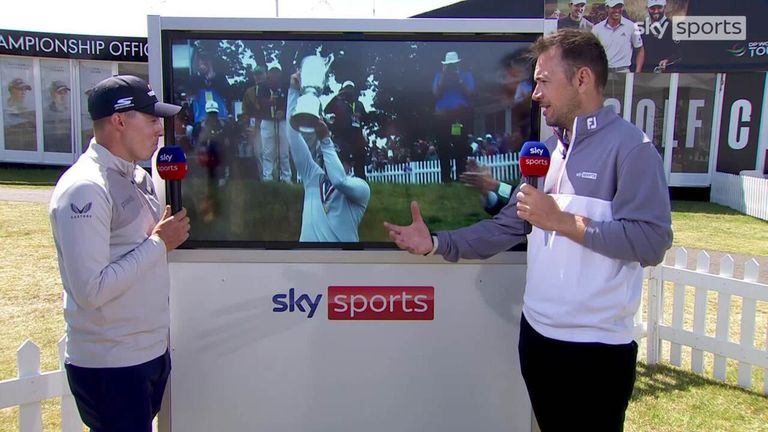 Matt Fitzpatrick chats to Sky’s Nick Dougherty about his second-round form at the Scottish Open and that historic US Open win at Brookline.

Matt Fitzpatrick chats to Sky’s Nick Dougherty about his second-round form at the Scottish Open and that historic US Open win at Brookline.

US Open champion Matt Fitzpatrick overcame being caught on the wrong side of the draw to play his way back into contention for the Genesis Scottish Open.

Of the 38 rounds under par on Thursday, 32 came from the early starters who averaged 70.39, more than three shots better than those playing in the windier afternoon conditions.

Fitzpatrick’s opening 71 was therefore a highly creditable effort and his second round was on course to be truly special as the 27-year-old from Sheffield played his first 13 holes in six under.

Bogeys on his final two holes meant Fitzpatrick had to settle for a 66, but that was good enough for a share of the early clubhouse lead on three under par with compatriot Jordan Smith and Olympic champion Xander Schauffele, the latter having recorded a superb 65.

“I wasn’t in the best of positions going into today given yesterday’s weather, but it was fantastic to get off to such a great start. To score as well as I did on the back nine I was absolutely delighted,” Fitzpatrick said.

“It was 3.2 shots difference between morning and afternoon (yesterday) so it’s safe to say we got the worst half of the draw.

“But I’ve had so much support with people saying congrats and keep it going as you’re walking onto tees and greens. It’s been really nice to be out there.”

Jordan Smith and his caddie Sam Matton each win a car after the two-time DP World Tour winner shot a hole-in-one on the 17th at the Scottish Open.

Jordan Smith and his caddie Sam Matton each win a car after the two-time DP World Tour winner shot a hole-in-one on the 17th at the Scottish Open.

Smith also had two other reasons to celebrate as his 69 included a hole-in-one on the 17th which earned both him and his caddie Sam Matton one of the sponsor’s cars.

“I’m over the moon,” Smith said. “We had been chatting about it earlier in the week and saying today’s pin position might be good for a hole-in one but we didn’t know until the crowd went nuts.

“Sam and I grew up playing golf together down in Wiltshire and he was one of the ushers in my wedding. It’s great obviously having him on the bag.”

Matton added: “I don’t think I’ve ever seen a caddie prize like that and it’s a really nice touch. I’ve been looking for a new car but I’m not sure how we’re going to get it back home as I have mine here. It’s a nice problem to have.”

At the other end of the leaderboard, Ian Poulter added a second round of 72 to his opening 78 to comfortably miss the halfway cut on 10 over par.

Poulter successfully appealed against his ban from the £6.7million event for playing in the first LIV Golf tournament – without permission – last month, but must have been wondering why he had gone to the trouble.

Coverage of Day 3 of the Genesis Scottish Open continues live on Sky Sports Golf with the feature groups from 10.30am on Saturday. Super League Round 22 team of the week 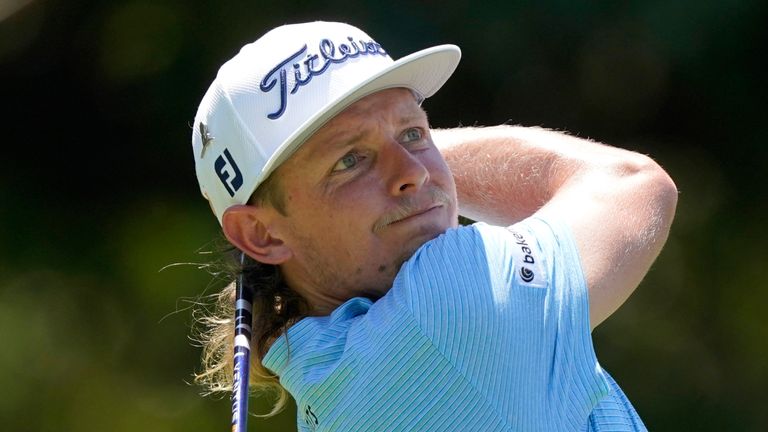