Charlie Fellowes is plotting a path to the St Leger for Grand Alliance after he suffered the narrowest of defeats in Royal Ascot’s King Edward VII Stakes.

The colt was a 10/1 chance for the Group Two contest on his first start since his finishing 11th in the Derby and was beaten just a short head by Aidan O’Brien’s Changingoftheguard after hanging across the track in the closing stages.

The outcome means Fellowes has again been left to wonder what might have been, as he was narrowly denied another victory at the meeting last year when Dubious Affair’s Copper Horse Stakes bid was dashed by interference.

“Initially I felt really happy with the result, to come second in a Group Two he has had to take another big step forward and I was delighted for the owners as they also bred him and everyone was really pleased,” he said.

“I’ve had a bit of time to reflect now and I can’t help but feel a little bit… perhaps crestfallen is the right word.

“That’s the second year in a row that I’ve had a horse who was legitimately the best horse in the race and didn’t win.

“Ascot is not an easy place to win races, it’s not easy to get your hands on those little silver snuff boxes and they take pride of place. Two years in a row we have come away from a good run when, without any disrespect to the winners, it should have been us.

“I’m young, we’re a small yard that is desperately trying to grow and increase our quality and I can’t tell you how much a Royal Ascot winner would help us out. There is that little bit of frustration that we didn’t get a winner this year because I feel like we deserved it.” 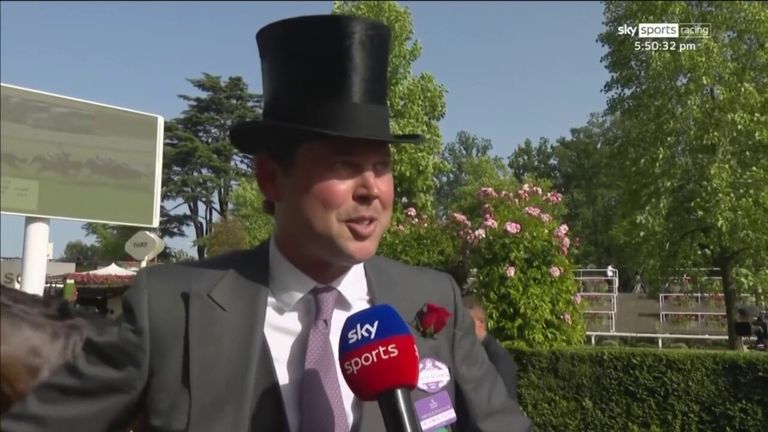 Grand Alliance is not a straightforward horse and runs in a visor having shown a tendency to hang previously at Doncaster, something Fellowes suspects could be a hankering to return to the path that leads to the stables.

“I don’t think there was anything more we could have done, we put the headgear on which definitely made a difference,” he said.

“It’s obvious he’s a quirky horse and probably a pretty lazy horse, as a result I would be concerned that he’s the sort of horse you can over-run. I think for the second half of the year he’ll be run relatively sparingly to try to keep him fresh and keep his antics at bay, rather than going back to the well too many times and potentially souring him.”

The St Leger is next on the agenda for the three-year-old son of Churchill, who will contest either Goodwood’s Gordon Stakes or York’s Great Voltigeur en route to Town Moor.

“I think at this stage you can just completely ignore his pedigree and just look at how he races, each time he’s looked like he wants further and the other day he looked like he would have absolutely no problems.

“The plan is the Leger with one race in between and realistically there are only two options, option one is the Gordon Stakes at Goodwood, which works better timing wise but I don’t know what he would think of the track – he is the sort of horse that would either love it or hate it.

“We could also go to the Great Voltigeur at York but that is only about three weeks before the Leger. If he went to the Gordon then that is six weeks between the two races, which is ideal.

“At York they can come down the middle which means if you wanted to hang left to the rail, you don’t have far to hang and you might get a clean run. Tactically there are a few options whereas if you went to Goodwood, you’ve got the twists and turns, the uphill and the downhill, and it’s right-handed so there is a lot to work out.

“I’ve had a sit down and a think about it and I think they are the only two sensible options for him. He is a puzzle, all horses are puzzle but this fella just happens to be a particularly difficult one!” 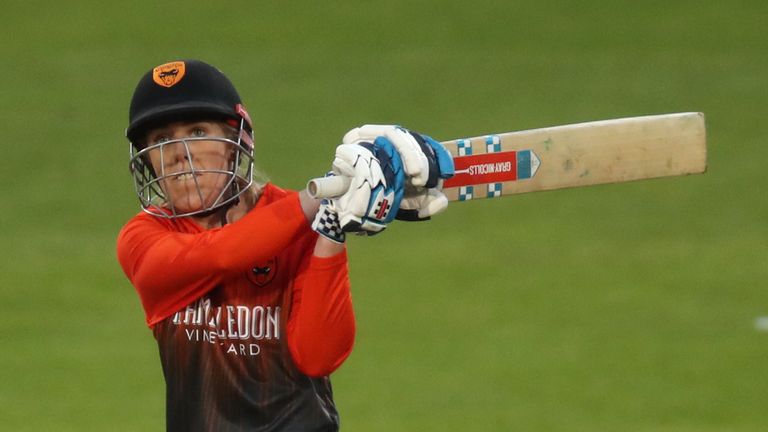 DP World Tour: LIV players to be fined and banned from Scottish Open Formula 1 to race in Melbourne until 2035