Eclipse preview: ‘Exciting’ Vadeni expected to be suited by Sandown 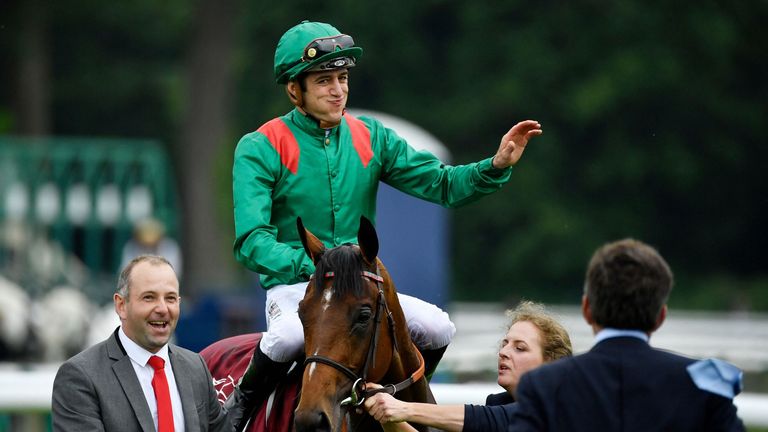 Jean-Claude Rouget has never had a runner at Sandown Park, yet hopes Vadeni can give him a 100 per cent record at the Esher track and become the first French-trained winner of the Coral-Eclipse since Javelot in 1960.

The select field of six is headed by Vadeni, who took his rivals apart in the Prix du Jockey Club at Chantilly at the start of June with a blistering burst of acceleration.

It was a marked step up for the Churchill colt from a cosy prep in a Group Three contest at the same track and he is seeking to continue his upward curve in what looks a particularly strong renewal.

“He is in good form. It will be a big test for him against older horses,” said Rouget. “He surprised us at Chantilly with the manner in which he won – by five lengths. He showed a good turn of foot in the Prix du Jockey Club. We knew he had a change of gear. He was exciting to watch.”

Vadeni started his three-year-old campaign in April over a mile with a close-up fifth to stablemate Welwal in the Prix de Fountainebleau at Longchamp.

“The Prix de Fountainebleau was very smooth and he was not fully fit – it was a run to get him ready for the Prix du Jockey Club,” added Rouget, who is under no illusions of the task facing the Aga Khan-owned runner.

“Saturday will be a tough race. It is a very strong race, and an interesting one, and perhaps the strongest for many years. We have not had a runner at Sandown before, but we think the stiff finish will help him.”

Connections have stated that Vadeni’s optimum trip will likely be the mile and a quarter he faces at Sandown, and insist they have no concerns about the track, especially with the vastly experienced big-race jockey Christophe Soumillon continuing the partnership.

The Aga Khan’s racing manager Georges Rimaud said: “He’s a very well-balanced type of horse with a lovely action and doesn’t get disturbed by the type of the ground, whether it’s soft or fast.

“We hope that he’ll be able to handle Sandown. If he’s at that level, and I think he is, I don’t think that’s going to be an issue for him.

“The jockey knows him well, he knows the course and he’ll get on with that no problem. We’re expecting a good run from this horse. He’s a very, very easy horse with a fantastic temperament. He’s a colt and can be feisty enough, but they need to be that way.

“He has a strong character and like his turn of foot, he’s very decisive, but he has a very sweet personality in his box and is very easy to travel.”

Native Trail has questions to answer over Eclipse trip

Next in the market is another Classic victor in Native Trail, the Irish 2,000 Guineas winner who would have come into this unbeaten had he not been touched off by stablemate Coroebus in the English equivalent.

Charlie Appleby says the son of Oasis Dream has the physical stature to compete with the older horses.

“It’s only a small field but we are happy with our draw in stall five,” he said on the Godolphin website. “The question mark with Native Trail is the mile-and-a-quarter trip, but you can take a few pieces out of his pedigree which suggest he has a chance of staying. 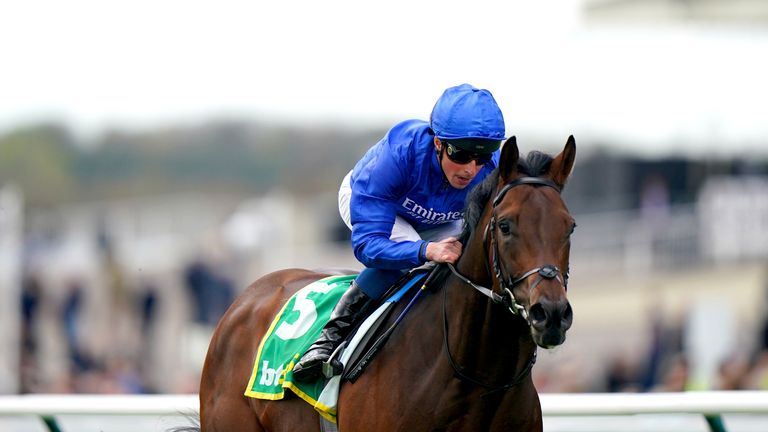 William Buick, jockey of Native Trail, says he expects the three-year-old to relish stepping up to the ten-furlong trip at Sandown on Saturday.

“At the end of the day, in the Irish Guineas he was doing his best work in the last 200 yards, so we are confident within ourselves he can go the mile and a quarter.

“More importantly, he is a strong three-year-old who won’t look out of place against his elders. It’s a great race for three-year-olds with the weight allowance and he goes to Sandown in excellent order.

“Him receiving that weight allowance against those older horses is going to be a huge advantage, as we’re not dealing with an unfurnished three-year-old – he’s a fully-developed three-year-old.

“He’s a very fresh and well individual going into the Eclipse. We are very much looking forward to seeing how he stacks up and whether we keep to this distance or drop back to a mile for the rest of the season.”

Connections of Bay Bridge know the magnitude of the task facing the colt as he bids to add a Group One success to his burgeoning CV.

Bay Bridge, from the first crop of foals sired by Prix du Jockey Club winner New Bay, was beaten a length by State Of Rest in the Prince of Wales’s Stakes at Royal Ascot on his latest run and trainer Sir Michael Stoute knows this looks an equally tough race.

“It is a very high-class Eclipse,” said Stoute. “It is a very tough race, but our fella seems in good shape. I would not make any excuses for Ascot. He ran a big race there and we’d have to be very pleased with his performance. He has taken it all in his stride and we’re hoping he runs his race again.”

Ballylinch Stud bought into the James Wigan-owned four-year-old and their managing director, John O’Connor, feels that course experience may help the four-year-old, who will again be ridden by Ryan Moore.

“It is an unusually strong race,” he said. “Ascot didn’t quite work out, but those things can happen. He looked a Group One horse at Sandown, but he needs to go back and do it again. It is a very competitive race and whoever wins will have had to put up a very big performance.

“He is a talented horse and let’s hope he can put it together and win a Group One.”

Mishriff, who has won over £11million in prize-money, has not been seen since disappointing in defence of his Saudi Cup title on dirt.

Yet he remains a potent threat if reproducing a similar level of form to that which he showed in landing the Juddmonte International by six lengths at York last season.

Thady Gosden, who trains in partnership with his father, John, said: “He ran well in the Eclipse last year (when finishing third), but he just got a bit tired late on as it is a stiff finish at Sandown.

“This year it is an incredibly competitive race and most of the field have very good claims, and this is his first time out on UK soil, so we will have to see how he goes.

“There is a lot of depth to the race, but Mishriff has been there before and it is a race that fits well for him. It is the first time back for him in Britain and he is taking on horses that are tuned up and race fit, but it is a good place to start.”

The Gosden team also have Lord North, who was hugely unfortunate in the Prince of Wales’s when Frankie Dettori struggled to get his hood off in the stalls.

“I think the extended mile and a quarter at the Curragh in the Tattersalls Gold Cup on his penultimate start was a bit far for him,” added Gosden. “They went hard in front and it was an unrelenting gallop and as you know, you have to stay well at the Curragh.

“You can put a line through his last run and what he has been showing at home he seems to be his same old self.”

Alenquer won the Tattersalls Gold Cup at the Curragh and trainer William Haggas has every faith in his ability.

“It’s going to be a great race and we’ll see how we get on,” said Haggas. “He beat a Derby winner (Adayar) and a Breeders’ Cup winner (Yibir) the last time he went to Sandown, and he won the Tattersalls Gold Cup beating a Cox Plate and Prince of Wales’s winner (State Of Rest). 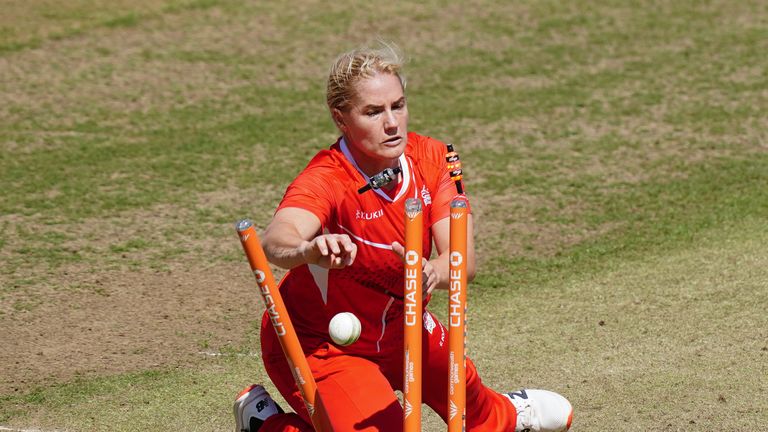 Brunt unsure of England future after missing out on medal 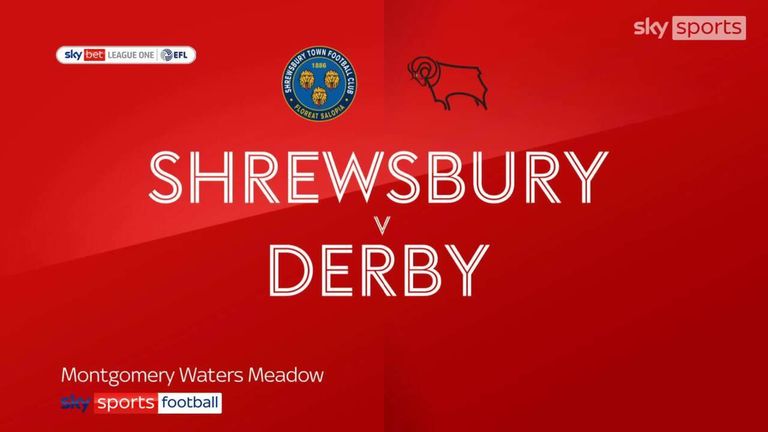 Rams held in stalemate at Shrewsbury