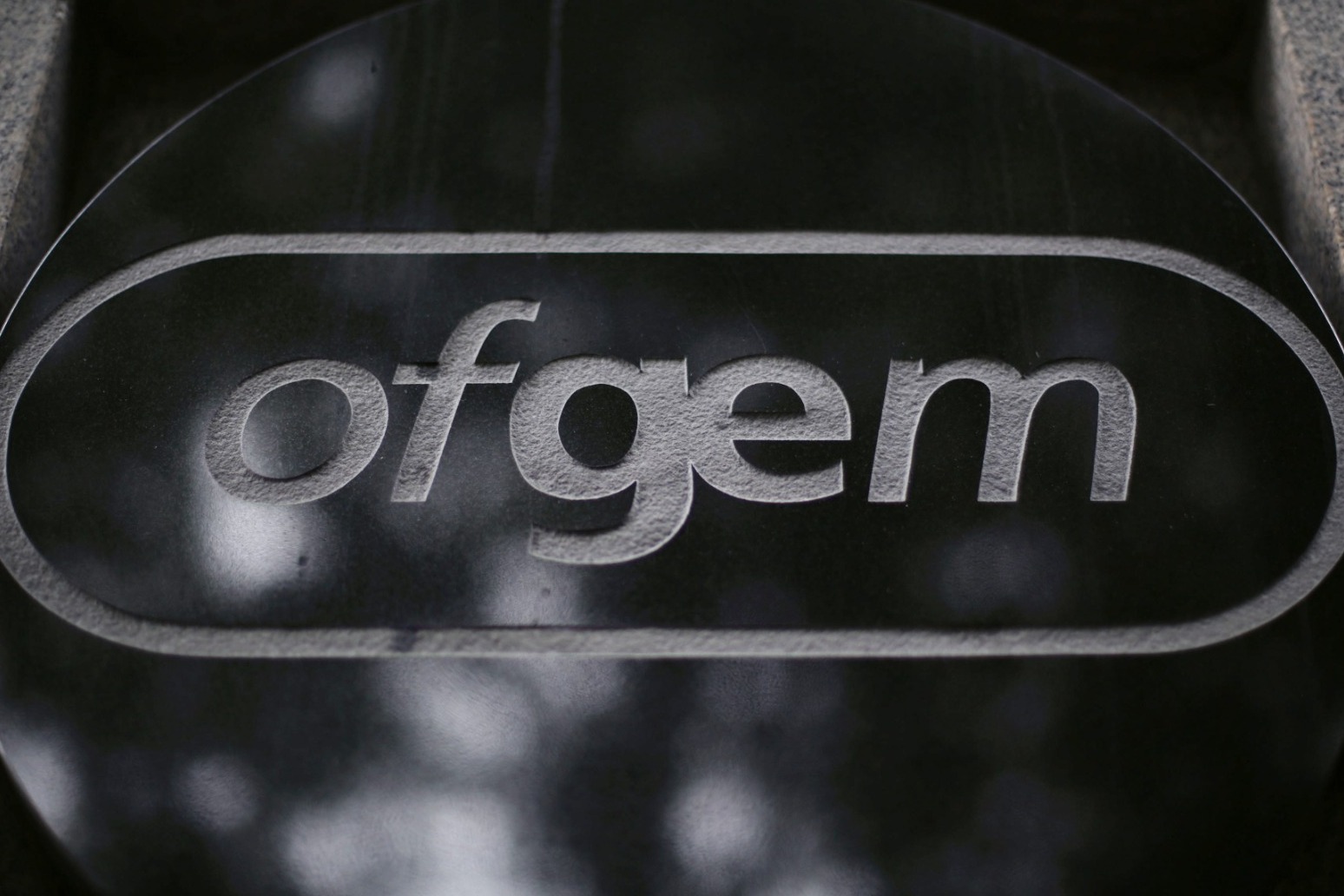 Household energy bills are likely to increase by around £2.7 billion to cover the costs of the 28 energy suppliers that have gone bust in the last year, it has emerged.

The National Audit Office (NAO) has said that, while the failures were caused by massive changes in the energy market, regulator Ofgem is also partly to blame.

The watchdog’s approach to how it licensed and monitored suppliers over much of the last decade increased the risk of them failing, but also added to costs when they did, the NAO found.

Ofgem’s processes have been good at ensuring that households do not have their energy cut off when a supplier fails.

It fixes this through the so-called supplier of last resort system which asks a rival company to take over the supply of energy to those households.

But the system has many potential pitfalls. For instance, customers will often be moved to a more expensive deal with their new supplier – Citizens Advice estimates it adds about £30 per month to bills for the average customer.

Some customers will also be taken off their debt-repayment plans, which hits the most vulnerable hardest.

But the most widespread problem is the cost of transferring the customers. Instead of just affecting the customers of the failed supplier, it is spread over all households in Great Britain.

It will cost households a combined £2.7 billion to cover the transfer of 2.4 million customers to a new supplier – around £94 each – Ofgem estimates.

This is before taking into account the potentially multi-billion charge that households could face due to the collapse of Bulb Energy.

The Department for Business, Energy and Industrial Strategy (BEIS) has set aside £1.9 billion so far to run the energy company in administration. It was considered too big to allow it to fail.

This cost could be passed on to bill-payers.

Head of the NAO Gareth Davies said: “Ofgem and BEIS ensured that the vast majority of consumers faced no disruption to their energy supply when their provider failed.”

But he criticised close to a decade of lax regulation of energy companies.

New rules for new suppliers will change this, but those rules only came into force in 2019, and it was not until 2021 that they were implemented for existing suppliers.

“By allowing so many suppliers with weak finances to enter the market, and by failing to imagine that there could be a long period of volatility in energy prices, Ofgem allowed a market to develop that was vulnerable to large-scale shocks,” he said.

“Consumers have borne the brunt of supplier failures at a time when many households are already under significant financial strain, having seen their bills go up to record levels. A supplier market must be developed that truly works for consumers.”

Designing the new-look energy supply market was always going to be a matter of balancing regulation and competition.

The market had been restrictive following privatisation in the 1990s. There had been around a dozen energy suppliers, and the so-called Big Six had dominated.

Customers were allowed to switch between suppliers, but there were rarely big savings to be made.

Around a decade ago things changed. New rules made it easier for new entrants to undercut the Big Six suppliers with cheaper deals.

Switching suppliers became the name of the game for money-savvy householders, encouraged by the Government.

In 2015 the coalition government said that households were missing out on around £2.7 billion in savings by not switching suppliers. This is now the same amount that the supplier failures are thought to have cost.

At the time there were 26 suppliers in the market and a Government press release said millions could save around £200 on their bills.

No single factor can explain the huge failure rate, the NAO said.

There were a series of failures in 2018 and 2019 as many poorly run suppliers in the market were pushed out.

But the true reckoning came last year. During the summer, Covid restrictions started to ease around the world, and all of a sudden the economy sprang back into action.

There was an immense thirst for energy at the same time as winds were unusually still in Europe.

European gas power stations fired up to make up the shortfall from wind farms.

It meant that gas storage sites were unable to fill up as much ahead of the winter months, and gas prices started ticking up.

Before 2019 this would perhaps have been less of a problem for suppliers – they would simply have increased the amount they charged customers in lock-step with the wholesale market price of gas.

But in 2019 Ofgem and the Government introduced the price cap on energy bills. This meant that customers were often being charged less for their gas than the energy suppliers had to pay for it.

The first failures in the energy market came in August and really ramped up in September.

Before the end of the year more than two dozen had collapsed. By April the price cap was increased to a record £1,971 in order to account for the price rises.

Ofgem said it accepted the NAO’s findings, and is working to fix the problems raised.

“While the once-in-a-generation global energy price shock would have resulted in market exits under any regulatory framework, we’ve already been clear that suppliers and Ofgem’s financial resilience regime were not robust enough,” it said.

“While no regulator can, or should, guarantee companies will not fail in the future, we will continue to take a whole-market approach to further strengthen the regulatory regime, ensuring a fair and robust market for consumers which keeps costs fair as we move away from fossil fuels and towards affordable, green, home-grown energy.”

The Government pointed out the report’s endorsement of its steps to ensure that customers were not cut off. It said it would consider the NAO’s recommendations.

In Scotland, Colin Mathieson, a spokesperson for Advice Direct Scotland, said the latest figures will raise concerns about further rising costs for Scots in the months ahead.

He said: “We urge everyone not to struggle alone – help is out there.

“At Advice Direct Scotland, we have qualified advisers who can provide free, impartial and practical advice on money worries, including energy bills and debt, and help Scots ensure they are receiving all the benefits or financial assistance they are entitled to.” 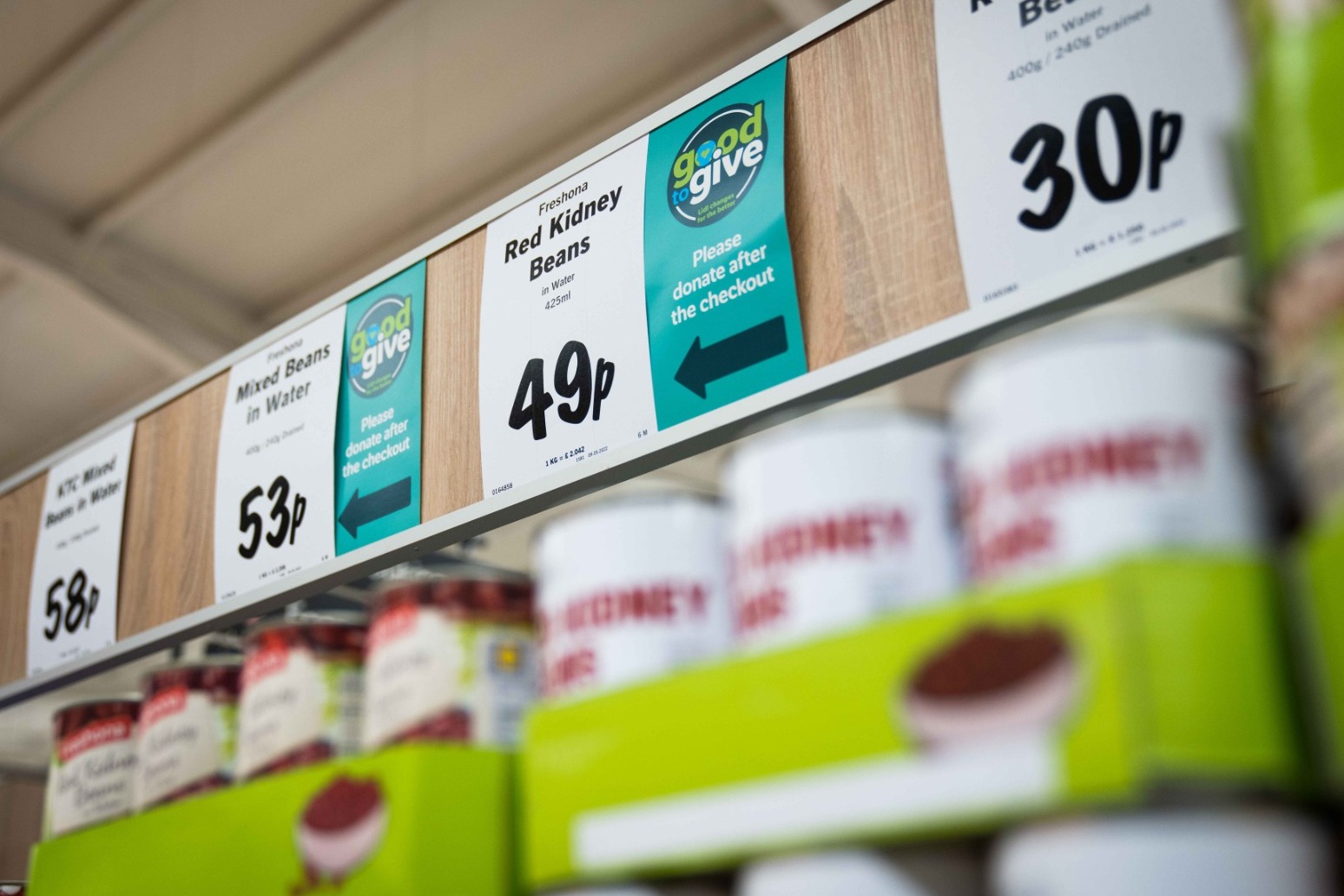 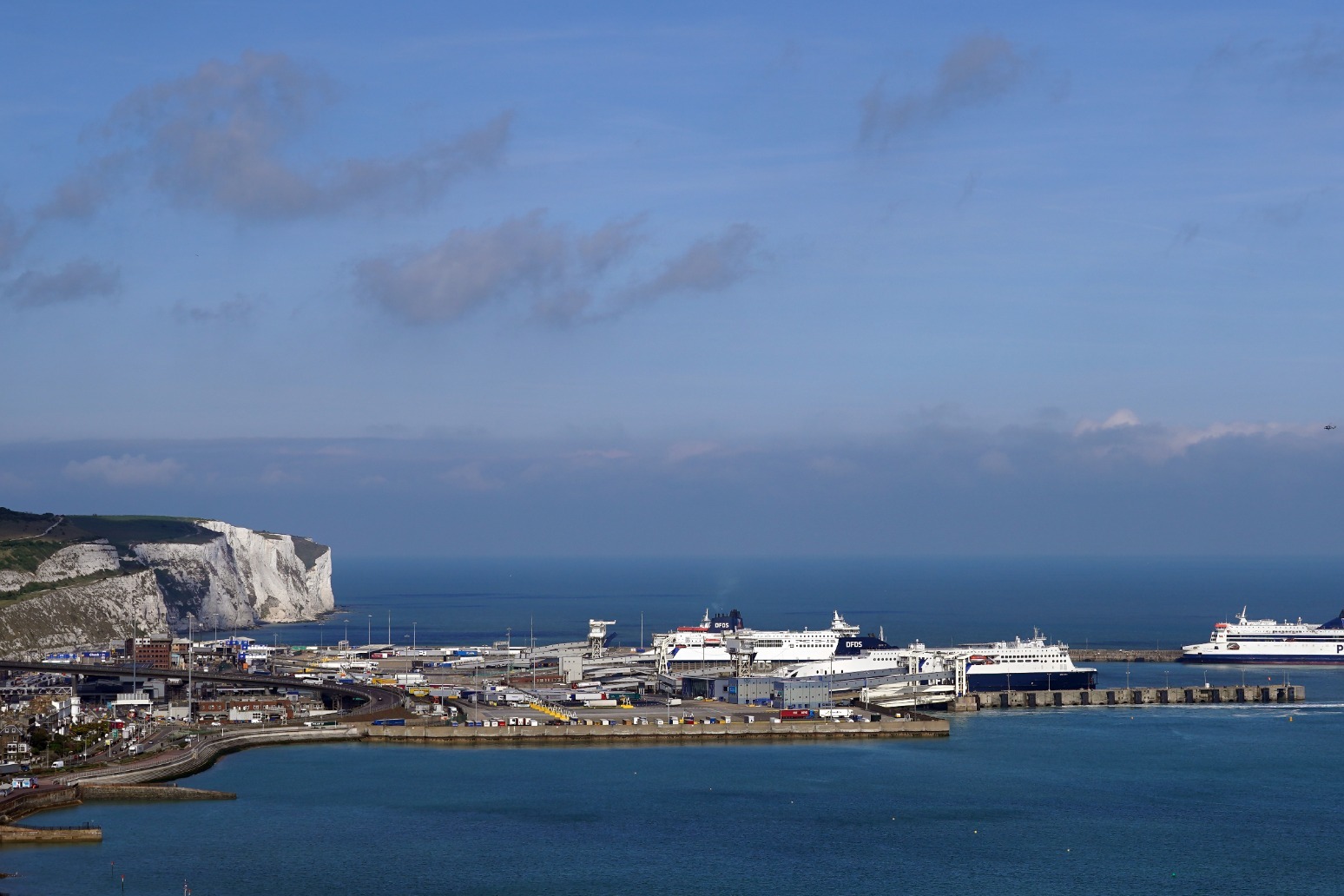 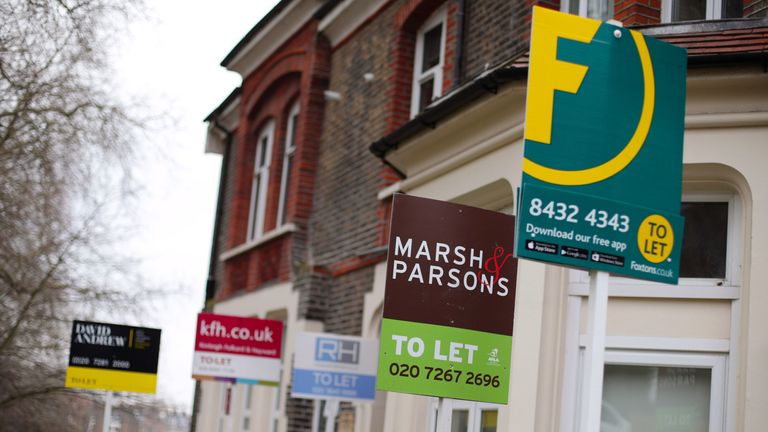 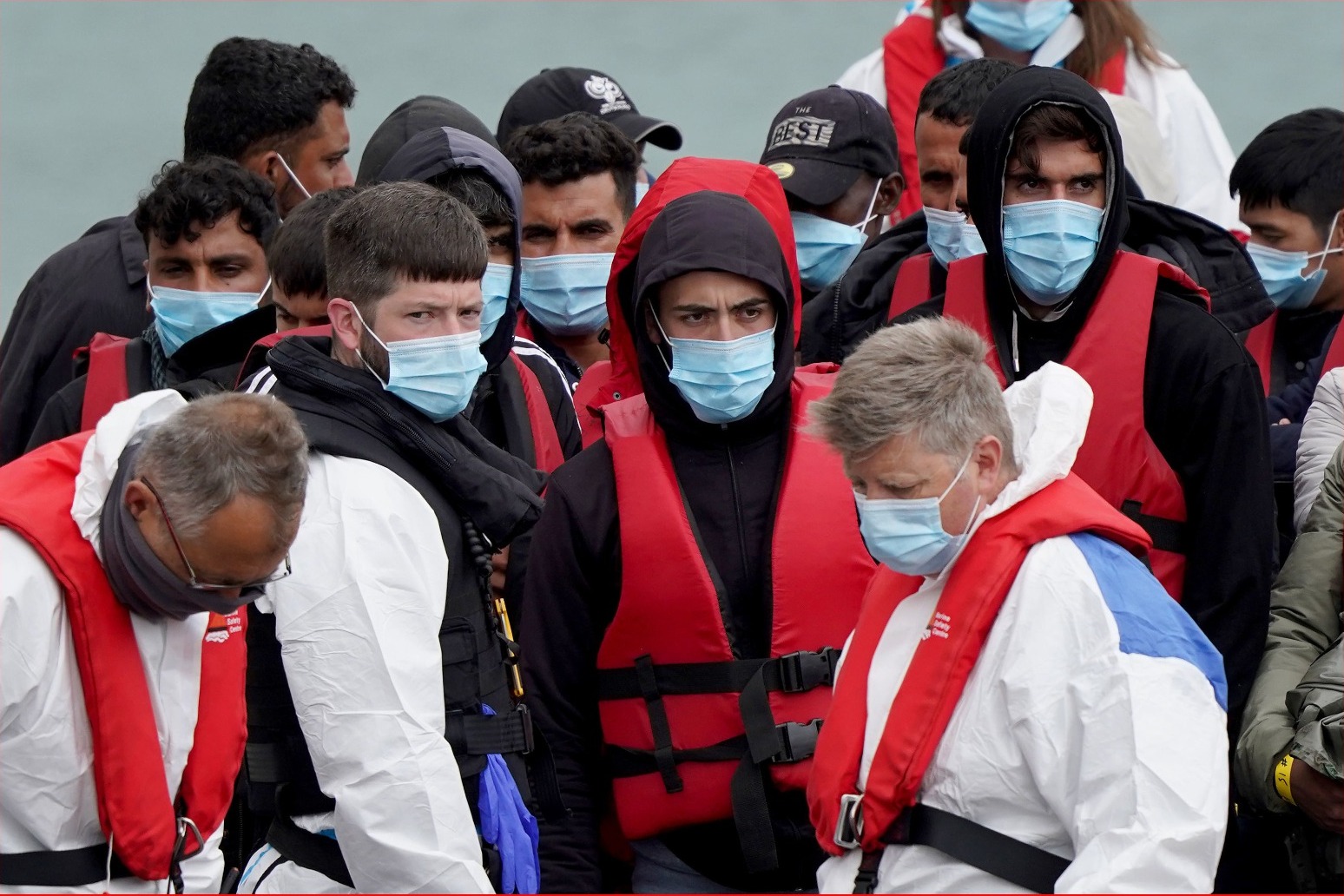 Children with toys carried to safety as migrant crossings resume