The winner of the Conservative leadership contest will be unveiled on 5 September – and some candidates could be knocked out of the race today.

Eleven Tory hopefuls have thrown their hat into the ring, but those who fail to get support from 20 MPs will not appear on the first ballot, which is due to take place tomorrow.

The bar will be gradually raised higher, and candidates will then require the backing of 30 MPs to take part in a second ballot on Thursday.

In the coming days, further ballots could take place if the number of contenders isn’t whittled down fast enough.

Two final candidates will then be presented to Conservative Party members, who will be able to select their preferred leader through a postal vote.

Boris Johnson will remain as prime minister until the result is announced in early September.

Jacob Rees-Mogg has now ruled himself out of the race to lead the Conservatives, with Home Secretary Priti Patel expected to announce her intention to stand soon.

Nominations are going to open and close today, meaning time is of the essence for those who have yet to declare a leadership bid.

Former chancellor Rishi Sunak, who kicked off the avalanche of resignations last week alongside Sajid Javid, is leading the way with nearly 40 supporters – and this would be enough to get him through to Thursday’s second ballot.

Trade policy minister Penny Mordaunt is also over the 20 MP threshold to be nominated, as is Tom Tugendhat, the chair of the Foreign Affairs Select Committee.

But just days after Mr Johnson announced his resignation last Thursday there were warnings the contest could turn sour as potential candidates put forward plans for tax cuts.

Read more:
Who are the contenders to be the next prime minister?
Johnson determined to deliver winning 2019 election mandate in final weeks

‘This isn’t Game Of Thrones’

Mr Javid has described the current battle as “poisonous” – and has told rivals: “This isn’t House Of Cards or Game of Thrones.”

Giving a speech in Westminster, he warned the Tories face “electoral oblivion” if they do not change – and urged his colleagues to “pull together”.

He added: “I’m sorry to say that, looking at some of the stories in the weekend press, it’s not been our best start. Poisonous gossip, attack memos, allegations thrown around.

“This isn’t House Of Cards or Game Of Thrones. And the people who are here just because they enjoy the game are in the wrong place.”

During the event, Mr Javid repeatedly dodged questions over his non-domiciled status before entering politics as he refused to say where he had been based for tax purposes when asked if he used tax havens.

Javid: ‘Perhaps I should have left earlier’

Cutting taxes has been a dominant theme for many of the Conservative leadership candidates.

Mr Javid has set out an estimated £40bn of plans to scrap the corporation tax increase and the National Insurance levy he previously backed, and said he would bring forward an income tax cut.

That would be paid under current fiscal headroom and “new efficiencies” in government, he said.

Foreign Secretary Liz Truss is vowing to cut taxes “from day one” and scrap April’s NI hike, while new Chancellor Nadhim Zahawi has promised to cut income tax in 2023 and 2024 and abolish green levies on energy bills for two years.

Attorney General Suella Braverman said there is “no alternative but radical tax cuts” amid the cost of living crisis, while former health and foreign secretary Jeremy Hunt said he wanted to “cut all taxes”.

Labour leader Sir Keir Starmer said the Tories were plucking £200bn of uncosted commitments from the “magic money tree” in an “arms race of fantasy economics”.

Mr Sunak, who is launching his campaign on Tuesday, will outline his economic plan to “tackle inflation, grow the economy, and cut taxes” – once inflation has been brought under control.

“We need a return to traditional Conservative economic values – and that means honesty and responsibility, not fairy tales,” he will say.

Mr Johnson has said he will not be backing any of the candidates as he “wouldn’t want to damage anybody’s chances”.

Sky News is hosting a live TV debate with the contenders vying to be the next leader of the Conservative party and therefore prime minister, and you could be in the virtual audience.

If you would like to be a member of the virtual audience and be in with a chance of asking a question, please email NewsDebates@sky.uk. 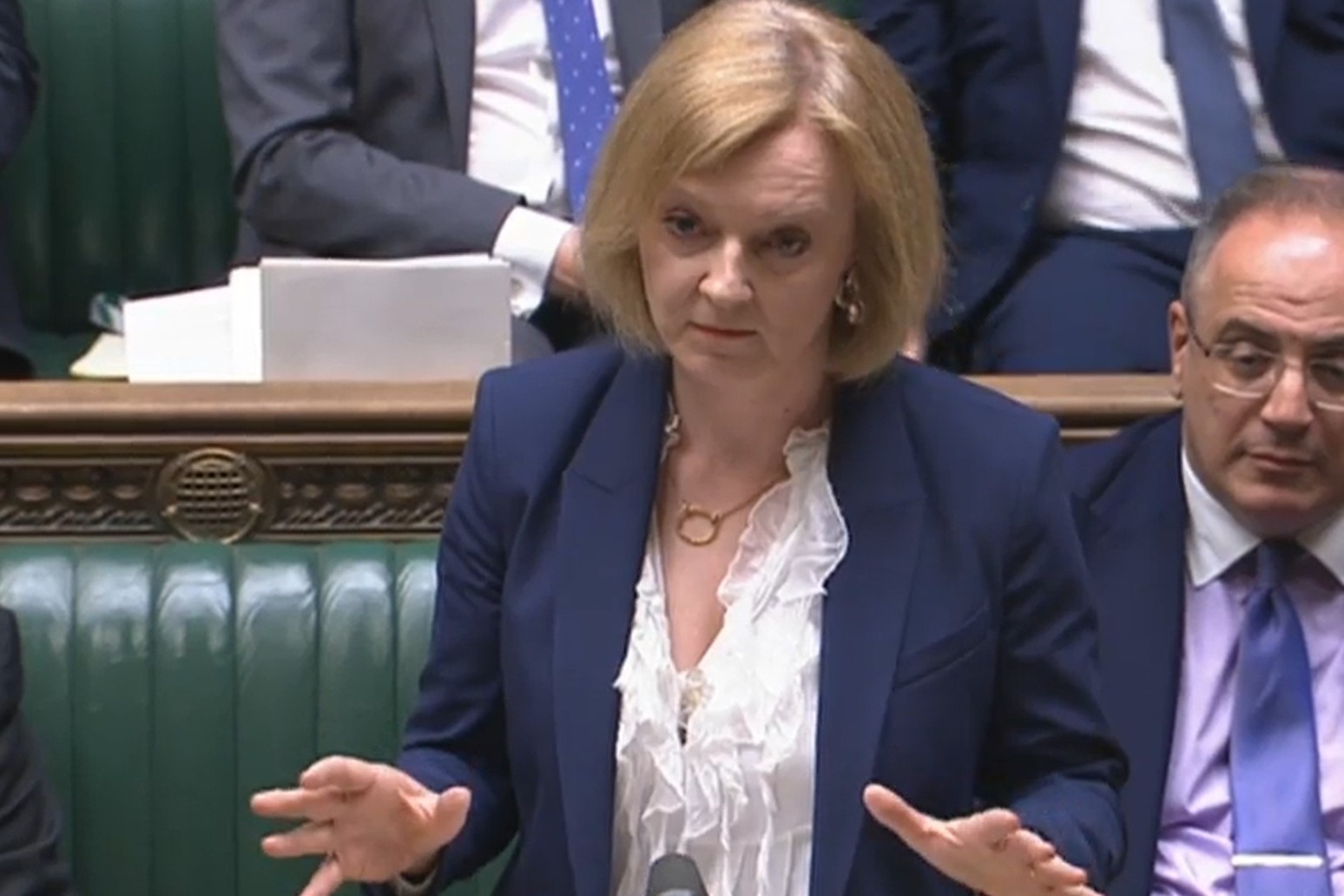