Collingwood’s praise for Pant| Potts ‘the find of the summer’ 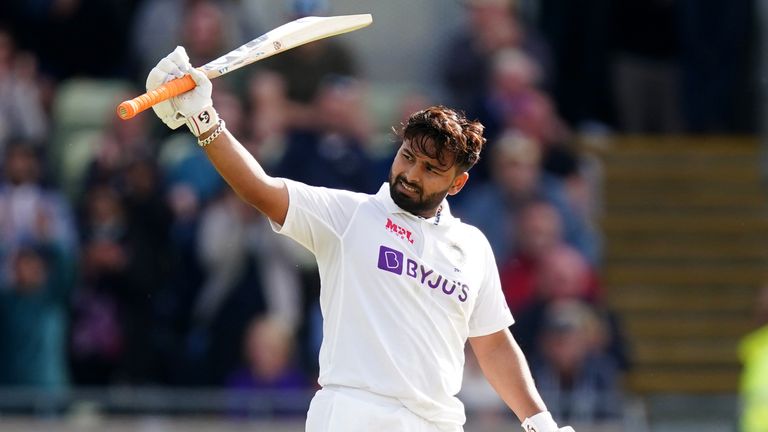 Rishabh Pant strikes 146 off 111 balls as India closed day one against England on 338-7 after losing the toss and being put into bat; watch day two from Edgbaston live on Sky Sports Cricket from 9.45am on Saturday (10.30am start)

Paul Collingwood applauded Rishabh Pant’s “world-class” innings after England and India traded blows in entertaining fashion on day one of their long-awaited series decider at Edgbaston.

Pant smashed his way to 146 off 111 balls on as the tourists raced along to 338-7 after being sent in to bat – a knock made all the more remarkable coming against the backdrop of a top-order collapse that left India 98-5.

England have been playing their cricket at a similarly breakneck pace since they kicked off a new era under Ben Stokes and Brendon McCullum at the start of the summer, with assistant coach Collingwood happy to praise the ambition of an opponent cut from similarly adventurous cloth.

“Today was a great day, I don’t feel our backs were against the wall for too long, but hats off to the way Pant played,” he said.

“When you’re up against world-class players, they can do world-class things. It’s been another exciting day of Test cricket, we’ve had three exciting games against New Zealand and the first day here has been exactly the same.

” Brendon has said from the very start he’s looking at the bigger picture of Test cricket and for it to survive we’ve got to make it a lot more entertaining. Today was exactly that – there was wickets and runs, great catches and when you watch someone as exciting as Pant, you’ve got to applaud.”

While James Anderson managed to pick up three wickets before the carnage unfolded during a 222-run stand between Pant and Ravindra Jadeja (83no) and Matthew Potts was able to console himself with two, including the treasured scalp of Virat Kohli, it was a tough time for spinner Jack Leach. England’s assistant coach Paul Collingwood says that day one of England’s fifth Test against India has been an ‘entertaining day’ but admits to hoping his side can take a few early wickets on Day 2.

England’s assistant coach Paul Collingwood says that day one of England’s fifth Test against India has been an ‘entertaining day’ but admits to hoping his side can take a few early wickets on Day 2.

Fresh from his maiden 10-wicket match against the Kiwis at Headingley, he was blasted for 71 off just nine overs. He ended up making way for Joe Root’s occasional off-spin, with the part-timer finally ending Pant’s stay with a thick edge to slip.

“I wouldn’t necessarily say we went wrong today, but what we’ve found is once the ball goes soft after 30-40 overs it can be very difficult to take wickets if it’s not going off straight,” said Collingwood.

“It was a brave ball from Joe, I’ll say that, but sometimes you need a bit of genius or bravery. We’re not playing conventional Test match cricket, we’re trying to be as attacking as possible and looking to take wickets with the field placings.

“We’re not always trying to stem the flow and keep the run-rate down. We want to be on the more aggressive side of the line. We can be happy with this day’s work and getting them for anything under 360-370 would be a good result for us.” 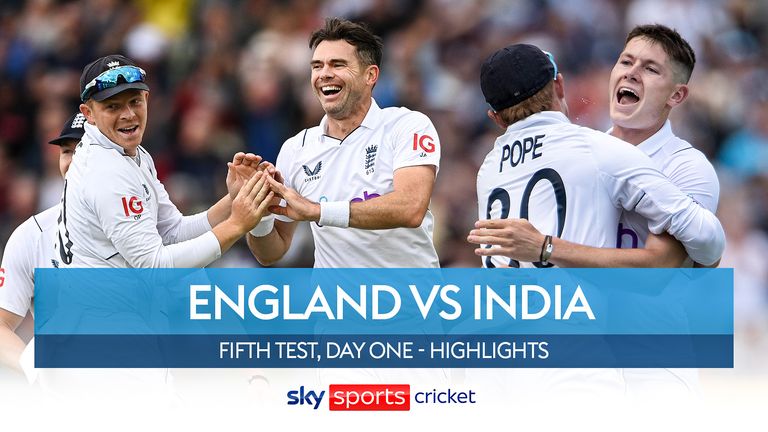 Highlights from Day 1 of the fifth Test between England and India at Edgbaston.

Highlights from Day 1 of the fifth Test between England and India at Edgbaston.

Hussain: Potts is ‘the find of the summer’

Former England captain Nasser Hussain heaped praise on Matthew Potts after the seamer continued the eye-catching start to his Test career on the first day at Edgbaston.

The 23-year-old added India’s dangerman Virat Kolhi to his burgeoning list of scalps when he bowled him for 11, following on from getting New Zealand captain Kane Williamson out three times in the recent series win over New Zealand. as well as trapping Hanuma Vihari lbw for 20.

Potts eventually ended the day with figures of 2-85 from 17 overs after finding it tougher going against centurion Pant and while Hussain believes bowling to left-handers is a work-on area for the Durham man, he was nonetheless impressed with what he saw.

“Potts, again, had an excellent day,” Hussain told Sky Sports. “He has been the find of the summer for England with the ball. Following Day 1 of England’s fifth Test against India, Nasser Hussain says that Matthew Potts is England’s’ find of the season’.

Following Day 1 of England’s fifth Test against India, Nasser Hussain says that Matthew Potts is England’s’ find of the season’.

“You’d have given him that at the start of the summer – in your four Tests you’re going to get [Kane] Williamson three times and Kohli on Day 1 of your fourth Test, he would take it.

“Because he leans a little bit…to the right hander it angles in, to the left-hander it’s not as effective. We looked at his stats in first-class cricket. It’s something like 22-23 against right-handers and 40 against left-handers.

“He’s got Broad and Anderson at the other end to learn from. They’re brilliant against left-handers, so it’s just an area he’ll have to improve.”

Watch Day 2 of the fifth Test between England and India at Edgbaston live on Sky Sports Cricket from 9.45am on Saturday (10.30am start). 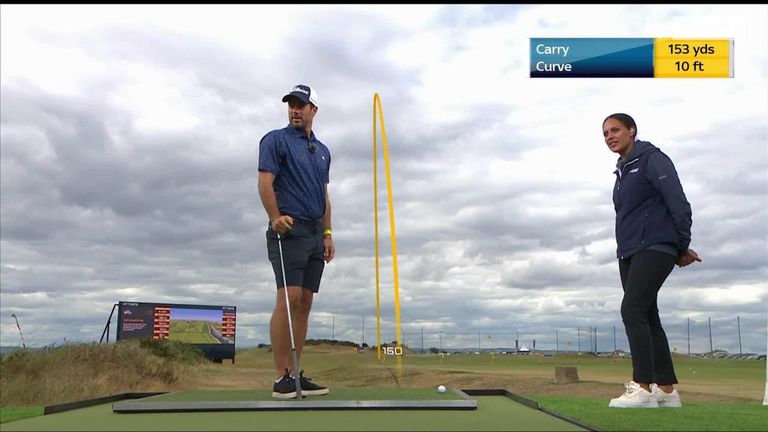 “I’ve chunked it!” | Redknapp takes on the 150-yard challenge McIlroy: I have the game to win The Open | Smith to stay ‘boring’ 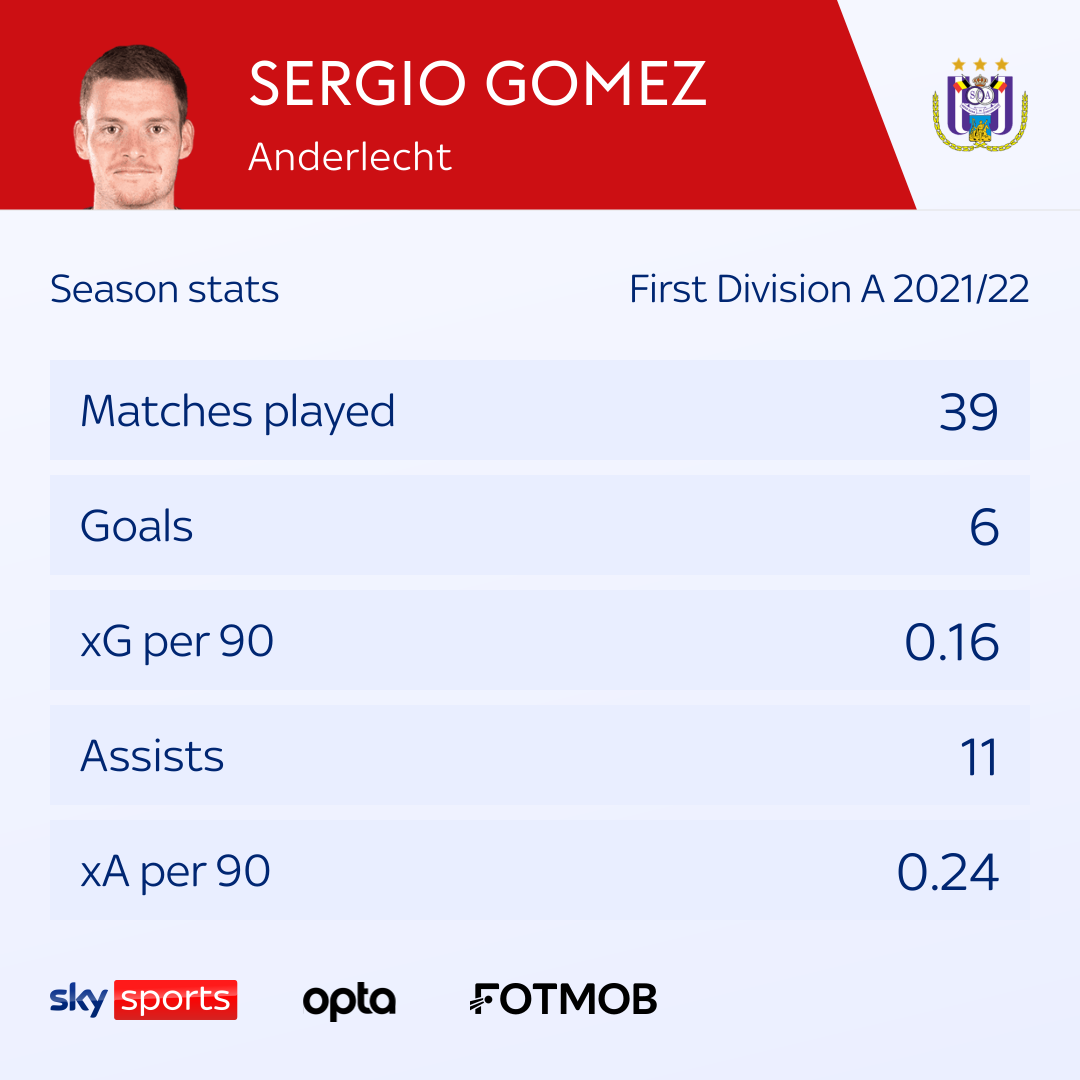