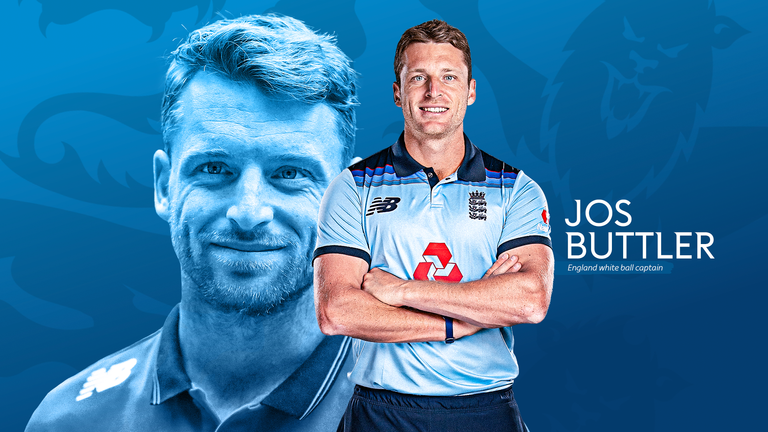 The wicketkeeper-batter looked the obvious candidate having served as Morgan’s vice-captain and established himself as one of the most accomplished white-ball players in the world.

Buttler fired an unbeaten 162 off 70 balls to inspire England to a 232-run victory in their first ODI against the Netherlands earlier this month, coming off the back of an IPL campaign in which he recorded four hundreds for Rajasthan Royals.

The 31-year-olld’s tenure as skipper will begin against India on July 7 with the first of three T20 internationals, before England face the same opposition in three one-day internationals.

Buttler has skippered England before in the odd game when Morgan has been injured, most recently in the third and final ODI against Netherlands as he presided over an eight-wicket win that clinched a 3-0 series sweep. 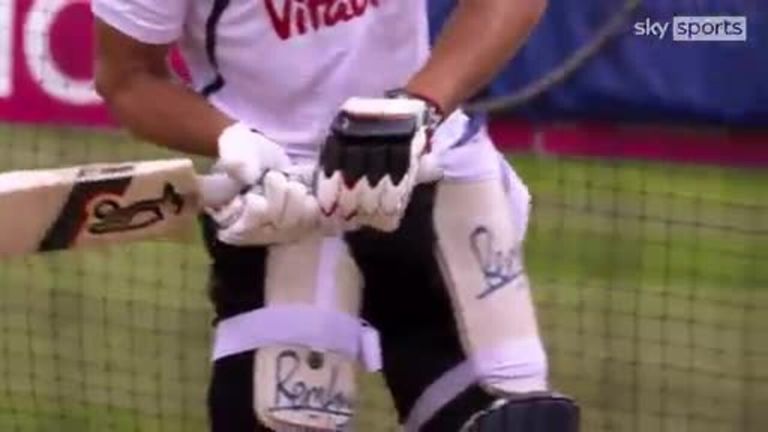 A look back Jos Buttler’s T20 masterclass at the Oval with Rob Key.

A look back Jos Buttler’s T20 masterclass at the Oval with Rob Key.

“I would like to offer my sincere thanks and gratitude to Eoin Morgan for his outstanding leadership over the past seven years,” said Buttler. “It has been the most memorable period for everyone involved. He has been an inspirational leader, and it has been fantastic to play under him. There are lots of things that I have learnt from him that I’ll take into this role.

“It is a great honour to take over from Eoin, and the place he has left English white-ball cricket in is exciting, and I’m inspired for the challenges ahead.

“There is excellent strength-in-depth in the white-ball squads, and I’m looking forward to leading the teams out for the series that are coming up against India starting next week and later in July against South Africa.

“It is the greatest honour to captain your country, and when I have had the chance to step in the past, I have loved doing it. I can’t wait to take this team forward.” 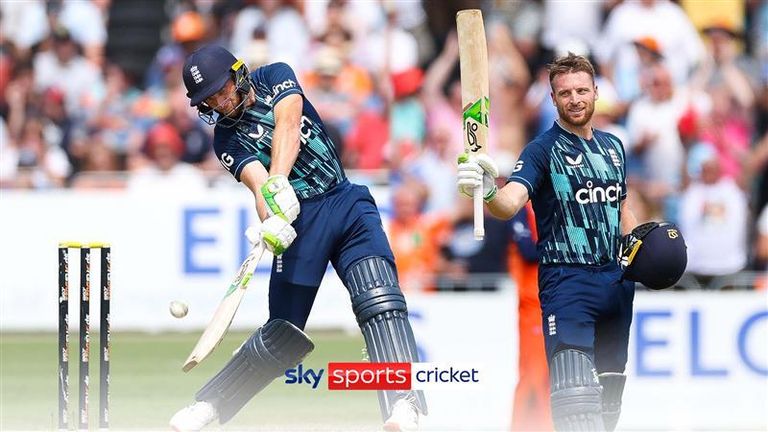 England’s cricketers have broken their own world record for the highest score in a one-day international, in a run fest in the Netherlands. Jos Buttler hit a century in only 47 balls, the second fastest 100 for England.

England’s cricketers have broken their own world record for the highest score in a one-day international, in a run fest in the Netherlands. Jos Buttler hit a century in only 47 balls, the second fastest 100 for England.

Morgan dubbed Buttler the best white-ball cricketer on the planet in the wake of his exploits against the Netherlands.

“Jos played in a world of his own, like he has been over the last year or two years,” said Morgan.

“It’s incredible to watch and not something we ever get sick of or take for granted. It really is amazing cricket. It’s the reason he probably is the best white-ball cricketer in the world at the moment.”

Such has been Buttler’s sparkling form that he has been linked to a potential return to England’s Test set-up amid the start of a new era under Brendon McCullum.

Buttler has amassed 2,907 runs at an average of 31.94 across 57 Tests for England but lost his place to Ben Foakes after a disappointing Ashes series.

“Jos Buttler was the perfect choice to succeed Eoin Morgan as our white-ball captain, and I had no hesitation in offering him the role,” he said.

“Jos has been part of our white-ball set-up for over a decade and was integral in the transformation of the way the team has played its attacking brand of cricket over the past seven years.

“He is well respected in the dressing room by all of his teammates and will relish leading his country. He is in the form of his life and is showcasing his talent against the best players and teams in the world.

“I believe the extra responsibility will take his game to a new level and inspire those around him.

“I’m looking forward to seeing him take us forward. He thoroughly deserves the opportunity.” 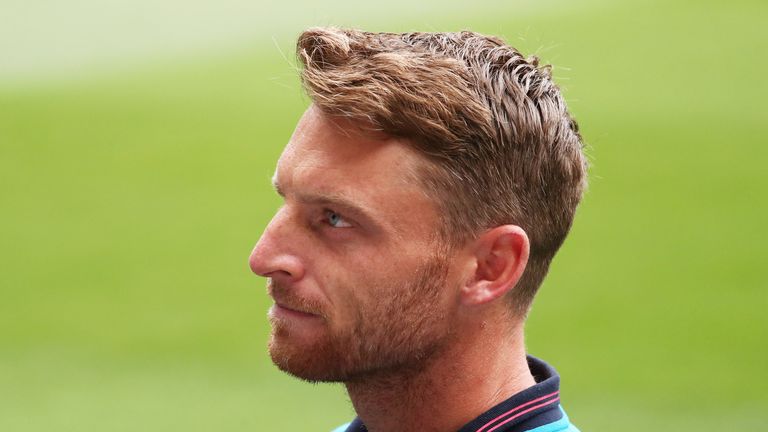 Sky Sports’ Michael Atherton and Ian Ward back the decision to appoint Jos Buttler as the new white ball captain for England.

Sky Sports’ Michael Atherton and Ian Ward back the decision to appoint Jos Buttler as the new white ball captain for England.

“It’s absolutely the right call – a, for Eoin Morgan to step down because he’s come to the end the road really. As he said his body was starting to feel the effects of a long career of cricket, he’s probably not in England’s best 50 or 20-over side and that allows Jos Buttler to take that side forward.

“There’s no talk from people within the England camp about Jos Buttler coming back to the Test team and I think they just want to give him the opportunity to captain the white-ball team and concentrate on that aspect of it.

“I hope his Test career is not done and there may be a chance down the line but right now that’s not the case. I don’t think there will be a change of approach, Buttler is very much of the Morgan ilk.

“He’s been part of that brilliant white-ball team that has carried all before them really since post 2015, through that World Cup win of 2019.

“He’ll be very much looking to take the team forward in Morgan’s image, maybe putting his own stamp on it somehow. He’s a very smart and intuitive captain.” 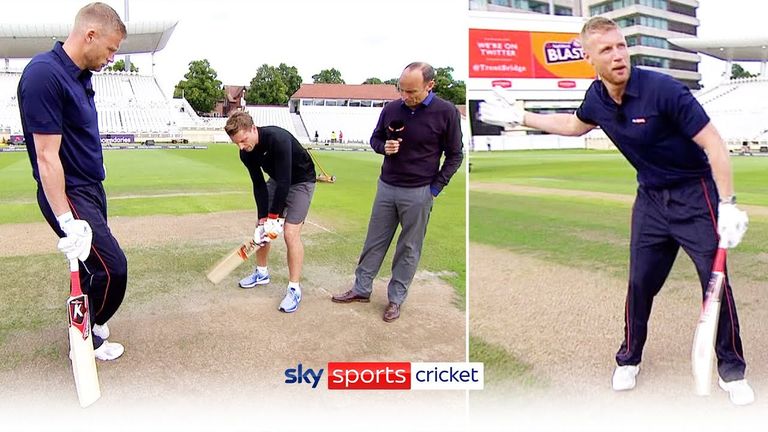 Jos Buttler and Andrew Flintoff join Nasser Hussain to reveal their techniques for long range strikes and discuss how modern players hit the ball so far, before going head to head in a range hitting challenge!

Jos Buttler and Andrew Flintoff join Nasser Hussain to reveal their techniques for long range strikes and discuss how modern players hit the ball so far, before going head to head in a range hitting challenge!

Ward: Buttler will have whole dressing room behind him

“I think the right choice, probably the obvious choice. There may have been some consideration surrounding Moeen Ali if you think Jos has got quite a lot on his plate with his keeping and batting, but he’s got a brilliant cricket brain and for me it’s the right call.

“It’s the right time for Jos Buttler to have a crack at the white-ball captaincy. It looks to me like white-ball cricket is the way he’s going to go, obviously there may be Test comebacks and stuff like that.

“Now he’s been made white-ball captain maybe that’s been parked, I don’t think he could captain the side, keep wicket, being the batsman they want him to be in white-ball cricket and then potentially come and open the batting in Test match cricket. I think that has probably told another story.

“It will be a challenge for him but one I’m sure he’s up for, he’s a world-class player with a brilliant cricket brain.

“As Stokes has the Test team following him in the dressing room, Buttler will have the same in the white-ball camp.

“The batting is off the charts good and there are so many young players that can come in and make the side as good if not better.” 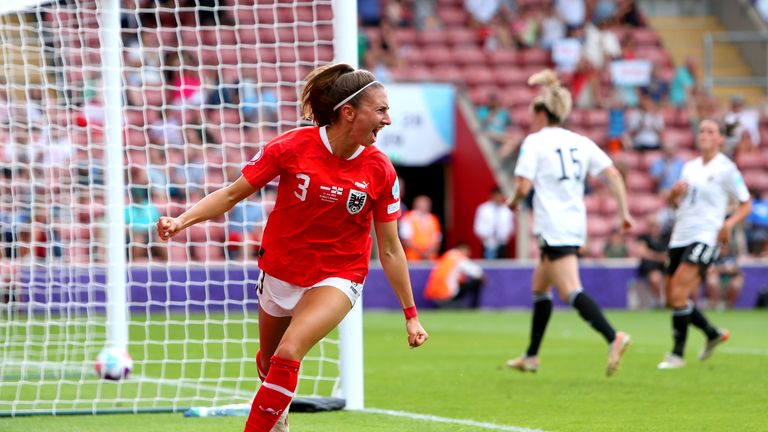 N Ireland out of Euro 2022 after defeat by Austria 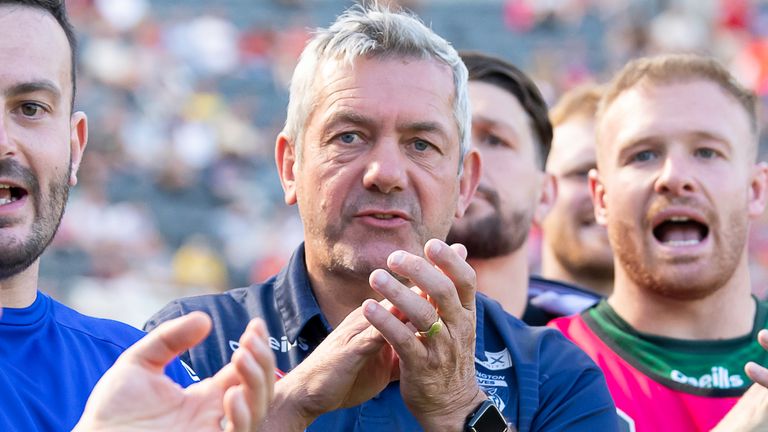 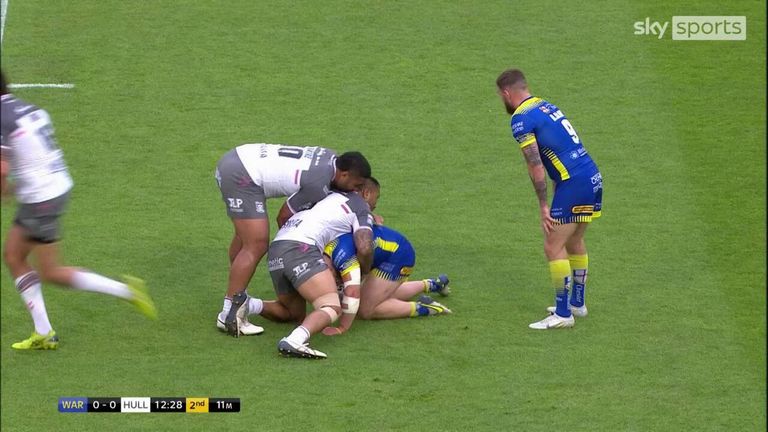 Rangers closing in on Matondo deal