Ascot’s first card since the Royal meeting features a whole host of intriguing handicap contenders, including several from the red-hot Charlie Appleby yard.

He has earned a mark of 87 despite not winning a race in four starts, placing in two novice races, a maiden and last time out a Newmarket handicap with Mickael Barzalona in the saddle.

The race has been previously won by Group One star Addeybb, and whilst none in this race might reach that level, Ed Walker’s handicap debutant Bling On The Music certainly looks to be on the improve for Lord Lloyd Webber.

Six of the last eight renewals of the Long Harbour Derek Lucie-Smith Handicap (4:36) have gone to three-year-olds and this could well go the same way with half of the field part of the Classic generation.

That includes likely favourite Sea The Casper, Simon and Ed Crisford’s unbeaten son of Sea The Stars who lines up here on handicap debut.

In opposition, a fellow three-year-old First Ruler could well improve for the Charlie Appleby team whilst Godolphin’s Saeed bin Suroor also sends Big Meeting, who has won on his last two starts.

Surrey Mist, for the George Baker team, is the other three-year-old in the field.

Elsewhere on a good Ascot card, John and Thady Gosden’s Far Shot, will make Nursery debut after disappointing at the Royal meeting in the Windsor Castle Stakes at 2:15.

Michael Owen’s Manor House Stables team tend to target local track Chester and they could well have another winner on the Roodee in Box To Box.

Hugo Palmer’s three-year-old looks to be on the improve and is owned by a string of former England footballers, including Paul Scholes, Steve McManaman and Owen Hargreaves.

He won a fortnight ago at the same venue but does step up significantly in grade, taking on the likes of Andrew Balding’s Group One Power, who was second in this race in 2021.

Watch every race from Ascot, Chester and Chepstow live on Sky Sports Racing on Friday, July 8. 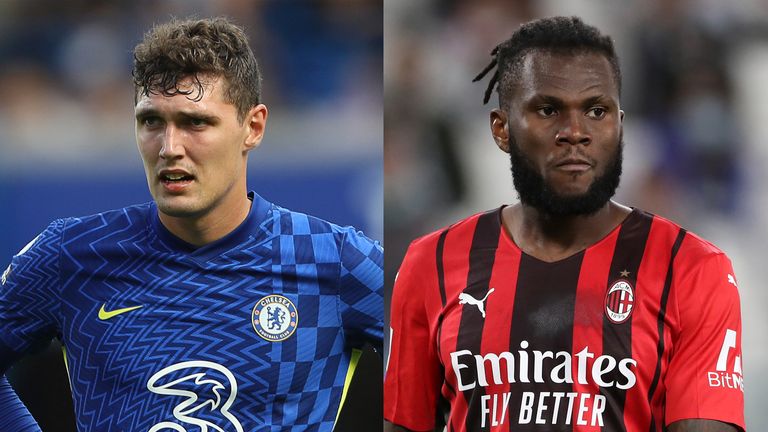 Thirty years of the Premier League: The most memorable moments